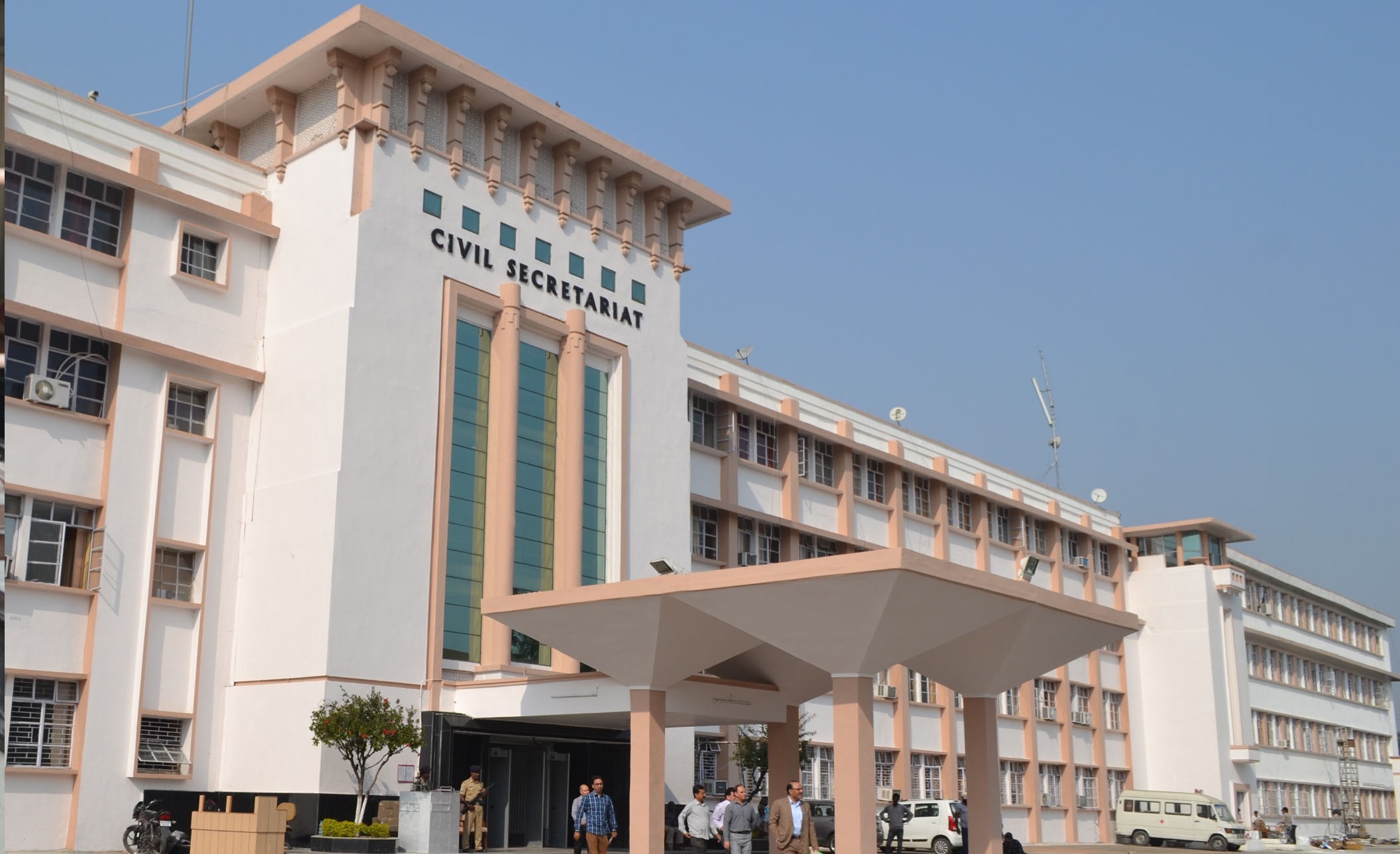 JAMMU, Aug 28: The Government has set at rest all speculations about functioning of the Civil Secretariat for full year in both Jammu and Srinagar, the winter and summer capitals of the State respectively, which were doing the rounds after scrapping of special Constitutional provisions of the State and its bifurcation into two Union Territories of Jammu and Kashmir and Ladakh by issuing an order seeking requirement of residential accommodation from the officers.
There had been rumours that only top officials might move in the Civil Secretariat and that the secretariat might function at both Jammu and Srinagar.
A Government order issued today sought requirement of residential accommodation at Jammu for six months from November 2019 to ending April 2020 from all Financial Commissioners, Principal Secretaries, Commissioner Secretaries, Secretaries to Government and Heads of the Departments.
This, according to official sources, was clear indication that there will be full Durbar Move to Jammu for six winter months from November to April as usual and that reports of the Civil Secretariat functioning at both the places were baseless.
The Government has sought requisite information from the officers by or before September 2019.
The Government has also asked all Heads of Departments/Drawing and Disbursing Officers to ensure strict adherence to the orders of the General Administration Department on account of carrying of staff and other formalities while forwarding applications for the employees to the Estates Department for allotment of Government accommodations/ private house/room in a private hotel at Jammu.
Sources indicated that the Government would go ahead with bi-annual Durbar Move practice by keeping the Civil Secretariat, the seat of the Government in Jammu for six winter months and Srinagar for six summer months, which was going on for years together.
It may be mentioned here that Jammu and Kashmir and Ladakh will become two Union Territories on October 31. The Durbar is likely to open in Jammu for six winter months in first week of November after closing in Srinagar by the end of October.
However, when the Civil Secretariat re-opens in Jammu during the first week of November, the Jammu and Kashmir would have become a Union Territory while Ladakh will be a separate Union Territory.
Sources said by calling upon the Secretaries and Heads of Departments for submitting their residential accommodation, the Government has made it clear that it was going to stick to bi-annual Durbar Move practice for both Jammu and Srinagar.