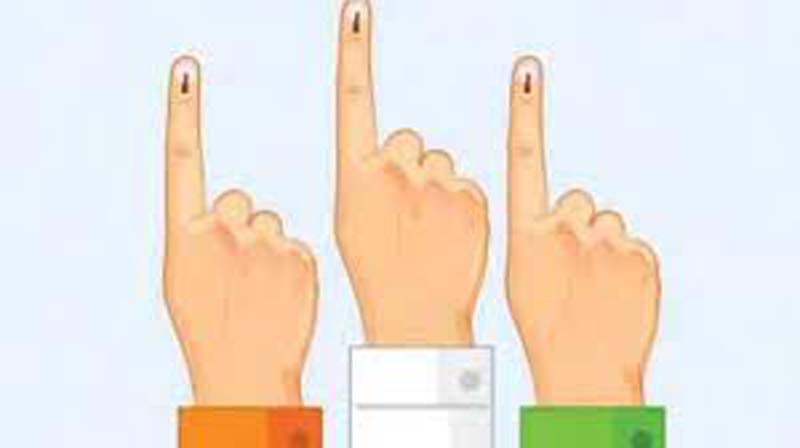 ‘All hopes belied, can’t deliver in such a system’

Sanjeev Pargal
JAMMU, Mar 8: Contrary to the expectations that the District Development Council (DDC) chairpersons will get rank of the Minister for effective functioning of the third tier of Panchayati Raj System which was put in place for first time in the history of Jammu and Kashmir, the Government today placed Chairpersons and Vice Chairpersons of the DDCs even below the MLAs and only at par with Divisional Commissioners/ IGPs and kept the DDC Members equal to the District Magistrates and Chairpersons of Block Development Councils (BDCs)/ president of Municipalities.

Click here for full order
The decision immediately evoked strong criticism from the DDC chairpersons, cutting across the political affiliations, with both BJP and NC chairmen describing the protocol as “mockery with the newly created institutions” which were elected with much fanfare and hype just like general elections in Jammu and Kashmir and were promised all powers for development of rural areas.
“Write it as my dissent note. It’s not empowerment of the DDCs but degradation of the institution which has been created with lot of efforts by the Central and UT Governments. The Minimum status of the chairperson and vice chairperson should have been the Minister as earlier the District Development Boards were headed by the Chief Minister and the Cabinet Ministers,” DDC chairperson and senior BJP leader Bharat Bushan said in an angry and strong reaction to the protocol issued by the Hospitality and Protocol Department.
He went on: “We have been rendered as clerks. People had expectations that grass-root level democracy will strengthen with empowerment of the DDCs but there is no empowerment. Hopes of people and their elected representatives have been belied”.
Similar were the views raised by National Conference senior leader and DDC chairperson Rajouri Naseem Liaquat who said the Government conducted large-scale exercise by virtually holding general elections in Jammu and Kashmir. The DDC members were elected by the people. The Chairpersons should have been given the rank of Minister for real empowerment of the DDCs and ensure that development reached the grass-root level, he added.
“Had the DDC chairpersons been elected by Panchayat members and the BDC chairpersons then it was alright. But the Government decided to hold general-like elections in Jammu and Kashmir. We were elected by the people and now we have been placed at par with the Divisional Commissioners and IGPs. This was unexpected,” Liaquat said.
Independent Chairperson of Poonch DDC Tazeem Akhter too resented the protocol issued by the Government today.
“This is unexpected and unacceptable. We are not satisfied by this. The minimum the Government should have done was to give the rank of Minister to the chairperson and kept Members close to the MLAs,” Tazeem, who is only Independent DDC member to be elected as chairperson of the DDC in Jammu region said.
Keshav Dutt Sharma, another DDC chairperson of Samba district said with this protocol neither the DDC chairpersons nor the members will be able to do justice with the people who have high expectations from them.
“Just like the DDBs were headed by the Cabinet Ministers, the DDCs too had to be chaired by the Ministers. Otherwise, the DDCs won’t be able to do justice with the people,” Sharma said.
DDC Independent member from Jammu Taranjit Singh Tony said keeping the DDC members at par with the Deputy Commissioners and Head of Departments is an insult to them and many members were planning to resign en-masse over the Government’s “ill-conceived decision”.
“The bureaucratic structure in Jammu and Kashmir doesn’t want powers to go to the people at grass-root level. This is nothing but backstabbing with the DDC chairpersons as well as members who were promised a lot by both Central and State Governments. We have been cheated. If the order is not changed, many of the members will resign in protest,” Tony warned.
As per the fresh protocol released today by the Hospitality and Protocol Departments, the DDC chairpersons figured at Serial No. 26 much below the Ministers, MLAs, Principal Secretaries to Government and Additional Director Generals of Police.
They have been kept at par with Administrative Secretaries, Divisional Commissioners/ IGPs, Joint Secretaries to the Government of India and officers of equivalent rank and officers of the rank of Major-General or equivalent rank. Since the DDC chairpersons have been mentioned below all the officers at par with them, the officers will get preference in the protocol if both are present at the same function.
The vice chairpersons of the DDCs have been kept at Serial No. 27 at par with Vice Chancellors of the Universities within the State/UT.
The members of the DDCs figured at the end of the protocol i.e. the Serial No. 28 and at par with District Magistrates, officers of the rank of Brigadiers and equivalent, major Head of Departments, District & Sessions Judges, chairpersons of Block Development Councils/president of Municipal councils and Municipalities.
However, since the DDC members figured at last of Serial No. 28, the District Magistrates and HoDs will get preference over them if both are present at the same function.