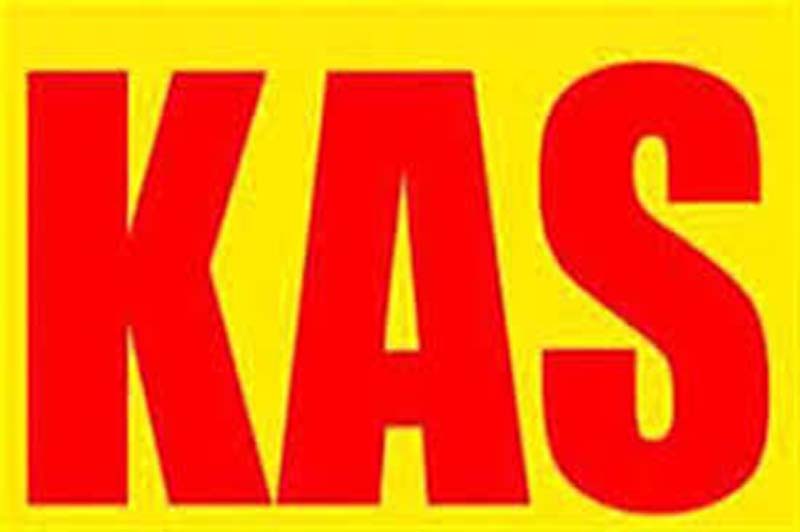 Bright chances for induction of around 40 officers into IAS

*Now all eyes on seriousness, swiftness of GAD

JAMMU, May 25: In a major development, Government panel has submitted its detailed report and suggested a workable mechanism to finalize the seniority list of the officers of the Jammu and Kashmir Administrative Service commonly known as KAS. Now, all the eyes are on the seriousness and swiftness of the General Administration Department, which is supposed to complete the exercise in a time bound manner and without any favouritism to settle the issue once for all.
The decision about examining the seniority issue afresh was taken by the Union Territory Government after numerous representations were made by the delegations of the KAS officers to the Lieutenant Governor Girish Chandra Murmu and the Chief Secretary BVR Subrahmanyam.
The committee which was constituted vide Government Order No.440 dated April 1, 2020 listened the grievances of the aggrieved KAS officers, who became victim of non-implementation of Rules in letter and spirit, scrutinized the record and finally submitted detailed report to the Government few days back, official sources told EXCELSIOR.
Though the issue of seniority was also debated by the Government committees in the past yet no way-out was suggested to bring an end to the confusion even after reaching to the conclusion that grave injustice was done with large number of KAS officers.
However, the present committee has touched all the aspects in the report and suggested workable mechanism so that issue is resolved once for all, sources said, adding “the committee is of the opinion that seniority issue would not have figured had the Jammu and Kashmir Administrative Service Rules 1979 been implemented in totality and without any arbitrariness”.
“The guiding principles suggested by the committee can help the General Administration Department, which governs the KAS cadre, in framing error free seniority list of the premier administrative service of Jammu and Kashmir”, sources said while disclosing that the committee has suggested that those provisions of Jammu and Kashmir Administrative Service Rules, 1979 and Jammu and Kashmir Administrative Service Rules, 2008 and several SROs which were never implemented in totality should be given due priority by the Government.
It has also been observed by the committee that at the behest of certain influential or blue-eyed officers of J&K Administrative Services, who were not eligible for the immediate benefit of the Rules of 1979, the injustice was done with the eligible officers.
“The intensity of favouritism can be gauged from the fact that even when the seniority lists were under dispute the General Administration Department approached the Department of Personnel and Training of Government of India for induction of blue-eyed officers into Indian Administrative Service (IAS). However, the DoPT insisted on framing error free seniority list before proceeding further on the request of GAD”, sources said.
During the deliberations of the committee, as per the sources, it came to the fore that KAS Rules were first prepared in the year 1979 as per which 65% quota was fixed for induction into KAS from 18 different feeding services, 10% for lateral entry and 25% for junior KAS officers.
However, these Rules were never implemented in letter and spirit mainly because of manipulations by those who were close to the politicians and top bureaucrats and were not entitled for immediate benefit of these Rules.
Pointing towards the fate of 1999 batch officers, sources said, “the committee has noted with concern that even after the lapse of 21 years they have not been inducted into IAS although they were supposed to obtain this benefit in the year 2014”, adding “perhaps Jammu and Kashmir is the only UT (earlier State) in the country whose officers of 1999 batch have not been inducted into IAS till date”.
It was only because of manipulations by some influential officers that under the new Rules, which were framed in the year 2008, the ratio of 65:25:10 was abolished as a result of which fate of 1999 batch officers is still handing in balance, sources further said.
“Now, the ball is again in the court of the General Administration Department and it is expected that this time seniority list will be framed strictly as per the mechanism/ guiding principles suggested by the committee so as to undo the injustice and settle the issue once for all”, sources said.
They disclosed that following preparation of transparent seniority list around 40 officers of the Jammu and Kashmir Administrative Service will get inducted into IAS against the slots which are available from the year 2010 onwards.
“This time there are bright chances for the resolution of the long pending issue as both Lieutenant Governor and the Chief Secretary are keen to streamline all the aspects relating to the premier administrative service of the Union Territory”, sources said.