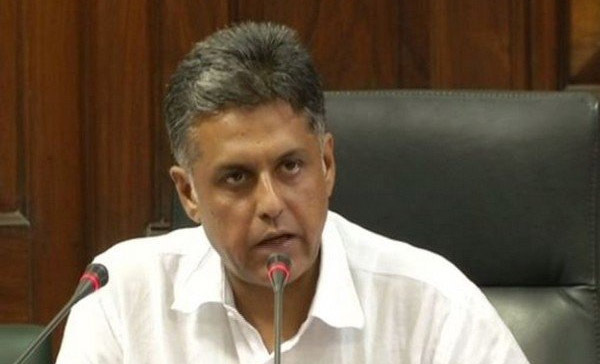 New Delhi, March 14: Asserting that the law and order situation in Jammu and Kashmir was concerning, Congress leader Manish Tewari on Monday said the government has not been able to archive the objectives it set out while abrogating Article 370 there, and asked when its full statehood will be restored.
Initiating the discussion in Lok Sabha on the supplementary demands for grants for the Union Territory of Jammu and Kashmir for 2021-22, Tewari said Finance Minister Nirmala Sitharaman stated “extremely nobel sentiments” in her budget speech for Jammu and Kashmir but “ground realities are different”.
He said that when the government abrogated Article 370 and divided Jammu and Kashmir into Union territories Jammu and Kashmir, and Ladakh, it put forward two arguments that with this, the Kashmir’s merging with India will be strengthened as the state will be emotionally integrated, and the development there would be speeded up.
The government had abrogated Jammu and Kashmir’s special status under Article 370 and bifurcated it into union territories of Jammu and Kashmir, and Ladakh.
“Today 33 months have passed. Has the government been successful in achieving those objectives? I would like to state that the answer is no,” he said, arguing that the situation is more sensitive than it was in 2019.
Tewari cited figures of ceasefire violations to buttress his point, saying that in 2018, there were 2,936 ceasefire violations, in 2019 there were 3,279, in 2020 they increased to 5,100 and in 2021, despite a ceasefire agreement with Pakistan, the ceasefire violations were 664.
He compared that to the UPA government era, citing that in 2013, the ceasefire violations remained less than 100.
“These figures are also important because since April 2020, the situation in eastern Ladakh is extremely sensitive. Chinese army is occupying those lands which India considers its own. The situation has become more complex now since 2020 because of factors such as the Russia-Ukraine conflict, Imran Khan’s visit to Moscow, the agreement between Russia and China on February 4. All this impacts the border areas of India,” he said.
The Congress leader urged the government to seriously consider the question that whether the steps taken in 2019 have strengthened India’s position in the border areas or its concerns have increased.
Citing data that 70 per cent of those who joined militancy have been neutralised, Tewari said what is concerning is over the involvement of locals in militancy going up.
He said that while Prime Minister Narendra Modi and Home Minister Amit Shah have stated in the House that a decision on Jammu and Kashmir’s statehood will be taken soon, it has not been done.
“Now we are in March 2022, but I want to ask that when the government will act on the statements of the prime minister and home minister and when will Jammu and Kashmir’s statehood be restored,” he asked.
Tewari also flagged concerns of political parties over the delimitation in Jammu and Kashmir.
Underlining that the interest of Sikh minorties should be safeguarded, Tewari said they should be given representation in legislature.
He also questioned the government over investments coming to Jammu and Kashmir, asserting that there is negligible interest from investors outside the Union Territory.
He expressed concern over the law and order situation in Jammu and Kashmir.
Participating in the debate, BJP’s Jammu MP Jugal Kishore Sharma said power was misused under Article 370. He alleged that there was “bribery” and people were in a disarray before the abrogation of Article 370.
Earlier, money was not used for development but for the benefit of certain families only, he said.
Under Prime Minister Modi’s leadership, employment is being generated and funds are made available for development projects, Sharma said.
He alleged that Jammu used to be discriminated against earlier but that had changed now. (Agencies)