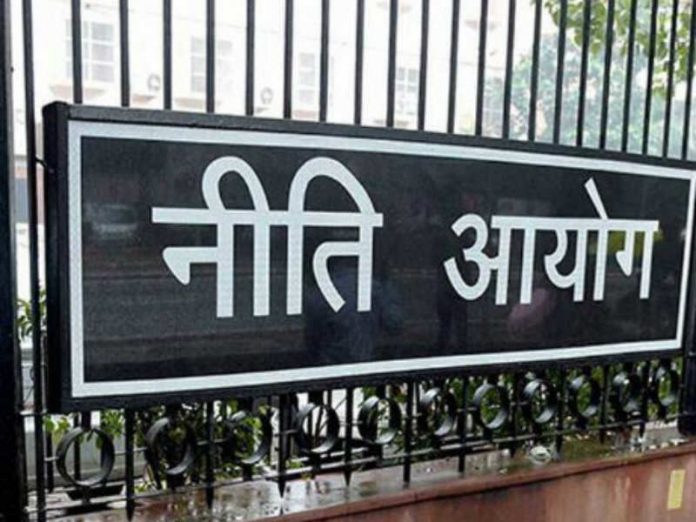 NEW DELHI, Sept 5: Niti Aayog Vice Chairman Rajiv Kumar said Wednesday the government need not respond to daily or weekly changes in the oil prices as they declined in July after showing northward movement a month ago.
Crude oil has gained USD 7 a barrel in a fortnight, driven by fears that the US sanctions on Iran will likely contract supplies.
“Weekly, daily or periodic changes in global oil and commodity prices are to be observed but don’t necessarily have to be responded.
“The prices rose in June but then declined in July. Is not it? Same situation may happen again, therefore policy can not be a knee-jerk reaction to periodic events in the markets,” Kumar said.
Petrol and diesel prices in the country have been rising owing to a sharp rise in global crude oil rates.
Senior Congress leader P Chidambaram has blamed the NDA government for rise in petrol and diesel prices, saying it was happening due to “excessive taxes”.
Petrol price in Delhi on Tuesday rose to a record Rs 79.31 a litre and diesel climbed to an all-time high of Rs 71.34, renewing calls for a cut in excise duty to cushion the spike.
Almost half of the retail selling price of the two fuels is made up of central and state taxes.
Replying to a question on the reasons for economic slowdown in 2016-17, he said it was not exclusively on account of demonetisation, there were also other factors responsible for it.
“Simple point, I am making is that the slowdown in economic activity during 2016-17 was not a result exclusively of demonetisation, but also a result of the declining trend in the economic activities which started from the last quarter of 2015-16,” he said.
On November 8, 2016, Prime Minister Narendra Modi had announced the demonetisation of high-value currency notes of Rs 500/1000.
India’s economic growth slipped from 8.2 per cent in 2015-16 to 7.1 per cent in 2016-17 and further to 6.7 per cent in 2017-18.
Almost half of the fuel price is made up of taxes. The Centre currently levies a total of Rs 19.48 per litre of excise duty on petrol and Rs 15.33 per litre on diesel.
On top of this, states levy Value Added Tax (VAT) – the lowest being in Andaman and Nicobar Islands where a 6 per cent sales tax is charged on both the fuel.
Mumbai has the highest VAT of 39.12 per cent on petrol, while Telangana levies the highest VAT of 26 per cent on diesel. Delhi charges a VAT of 27 per cent on petrol and 17.24 per cent on diesel. (PTI)