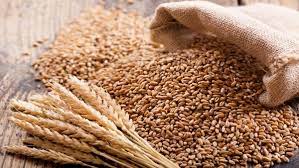 NEW DELHI, Oct 18:The Government on Tuesday hiked the minimum support price for wheat by Rs 110 to Rs 2,125 per quintal and mustard by Rs 400 to Rs 5,450 per quintal for the current crop year with an aim to boost production and income of the farmers.
The decision to increase the MSPs (minimum support prices) was taken at a meeting of the Cabinet Committee on Economic Affairs (CCEA) chaired by Prime Minister Narendra Modi.
MSP is the rate at which the government buys grain from farmers. Currently, the Government fixes MSPs for 23 crops grown in both Kharif and rabi seasons.
Sowing of rabi (winter) crops begins in October, immediately after the harvest of kharif (summer) crops. Wheat and mustard are major rabi crops.
According to an official release, the CCEA has approved an increase in MSPs for six rabi crops for the 2022-23 crop year (July-June) and the 2023-24 marketing season.
Wheat MSP has been increased by Rs 110 to Rs 2,125 per quintal for this crop year from Rs 2,015 per quintal in the 2021-22 crop year.
The cost of production of wheat is estimated at Rs 1,065 per quintal, the release said. (PTI)