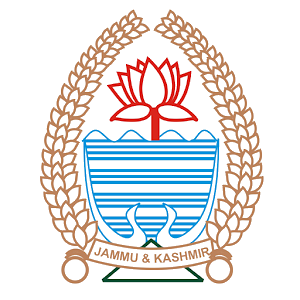 SRINAGAR, May 4: Based on the report of the Fact Finding Committee looking into various aspects of Jammu & Kashmir Projects Construction Corporation (JKPCC), the Government has decided to hand over to the Crime Branch the matter relating to the manner in which the unauthorised long absence of Vikar Mustafa Shonthu was regularised. As the matter is a serious one, the Government has also decided to refer this matter to the Central Bureau of Investigation (CBI) for thorough investigation and action.
This is a major step of the Government in cleaning up the functioning of JKPCC by stopping and eliminating backdoor appointments and rule violation and bringing in a culture of transparency and probity in the organisation.
Earlier, after receiving numerous complaints from many quarters about the functioning of JKPCC, particularly relating to corruption in civil contracts, illegality in appointments at multiple levels including at very senior positions, etc., the government appointed a Fact Finding Committee to look into all these complaints.
Based on the report of the Fact Finding Committee chaired by the Principal Secretary (Planning), the Government had handed over the investigation of all works executed or contracted out by the JKPCC after the issuance of the Government Order of November, 2015 to the Crime Branchof Police (Srinagar).
The appointment of Vikar Mustafa Shonthu as Managing Director which was seen as ab initio illegal, was also referred to the Crime Branch of Police, Srinagar immediately for lodging an FIR and taking further action.
The Fact Finding Committee had been asked to separately look into the irregularities regarding the manner in which the unauthorised long absence of Shonthu was overlooked and regularised, and submit a supplementary report fixing responsibility on individuals for any violations/ irregularities.
Based on the committee’s report, the Government has decided to hand over this matter also to the Crime Branch (Srinagar) to examine and inquire into all the irregularities in the unauthorised absence of Shonthu from JKPCC and JKTDC, the manner in which it was overlooked and take action as per law against the individuals.
Crime Branch has also been directed to examine the role of the Chairman & MD of JKPCC and the Administrative Secretaries in the matter and take action as per law. Keeping in view the seriousness of the matter, the Government has decided to refer the case to CBI also for a thorough investigation and action.