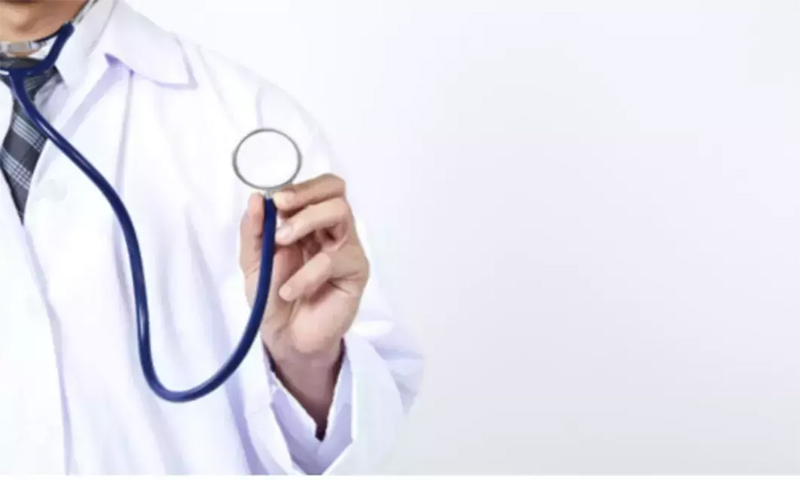 Excelsior Correspondent
Srinagar, Sept 22: The H&ME Department today terminated 6 doctors for remaining unauthorizedly absent even as 11 others have been asked to report back with an undertaking to serve J&K for at least 5 years.
The doctors who have been terminated include Dr Mudasir Bashir of Batamaloo Srinagar, Dr Muzaffar Mohidin Hakeem of Palhalan Pattan, Dr Shazia Kausar of Rajbagh Srinagar, Dr Ubaid Ali of Chanapora Srinagar, Dr Nowsheen Mir of Hyderpora Srinagar and Dr Imran Khan of Kursoo Rajbagh.
According to an order, the doctors had been served with notices, allowing them an opportunity of resuming services.
“However, the doctors neither replied to final notice nor reported back for duties except Dr Ubaid Ali who after completion of course had signed a compulsory bond with the Karnataka Dovernment till January 2023 without any intimidation to the Health and Medical Education Department,” reads the order.
The cases of the doctors have been examined thoroughly in the department in view of the rule position governing the subject and it has been found that since these doctors have not resumed their duties despite notices to them, this act on their part is voluntary and they are liable to be discharged from services, it said.
On the other hand, 11 doctors have been allowed to resume services within 21 days after giving an undertaking that they are not involved in subversive activities and they are not employed in any other Government or private sector as well as a bond that they will serve the J&K at least for five years.
These doctors include Dr Tariq Abdullah of Kuthair Anantnag, Dr Mudasir Muzamil of Sonawari Bandipora, Dr Shahid Hameed of Shadimarg Pulwama, Dr Malik Suhail of Dooru Anantnag, Dr Adil Basher of Kanthbagh Baramulla, Dr Ahmed Wajeed Yousuf of Malla Bagh Hazratbal Srinagar, Dr Shabir Ahmad Mir of Wagar Khansahib Budgam, Dr Mufeed Ahmad Bhat of Kamad Anantnag, Dr Iftikhar Ahmad Dugga of Nai Basti Khanabal Anantnag and Dr Rayees Ahmad of Kuder Kulgam.