Excelsior Correspondent
JAMMU, Jan 18: A meeting of the reconstituted Executive Committee of the K P Sabha Jammu was held under the chairmanship of its president K K Khosa on the eve of the 31st Holocaust Day to lodge its strong protest against both the Government of India and the Union Territory Government for their lackadaisical attitude towards the issues of displaced Pandits. The meeting said amongst other urgent issues, the core issue of the return and rehabilitation of the displaced Kashmiri Pandits back in the Valley is hanging in balance for last over 31 years. The members observed that it was on this Black Day 31 years ago when more than 4 lakh Kashmiri Pandits, were made to flee from the land of their ancestors leaving behind their homes and hearths due to persecution by terrorists sponsored by Pakistan and also due to the utter failure of the then Government of India to safeguard their lives and properties.
The members criticized the approach adopted towards community issues and it was felt that the community affairs are being ignored for reasons best known to the Central Government. It was also felt that particularly after the abrogation of Articles 370 and 35 A, the core issues of the community have been relegated to the back burner.
In spite of repeated requests made by the K P Sabha before the UT Government both during the time of G C Murmu and now before Manoj Sinha none of the issues highlighted are being addressed. This has resulted in total disappointment and despondency amongst the Kashmiri Pandits. The members were of the strong opinion that the community is moving towards extinction in the absence of adequate and timely hand holding by the Government.
Although the Sabha has repeatedly requested the Government to engage with the community to formulate a viable and realistic plan for the resettlement of more than 4 lakh Kashmiri Pandits back in the Valley there has been no response whatsoever. During this exile period our diaspora has spread far and wide which is impacting our cultural identity. The members were of the firm opinion that it is imperative for preservation of the distinct cultural identity of the community that it should be urgently resettled in the land of their forefathers with honor, dignity and full sense of security. Today it may be timely but tomorrow it will be too late, it added.
The members appealed to the Government to constitute an Apex Advisory committee comprising elected / recognized representatives belonging to the community and start a dialogue process to ascertain the aspirations of the community without further delay. 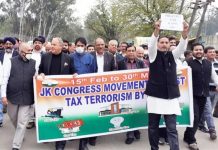 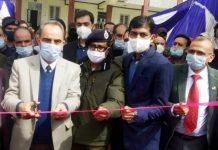 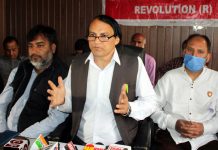 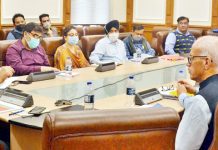 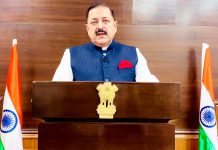 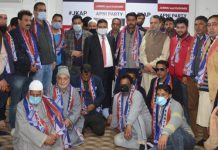 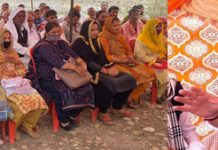 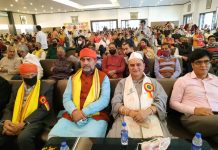 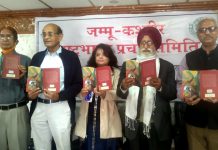 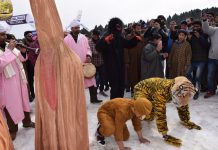 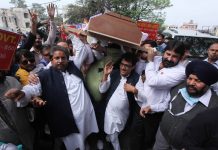 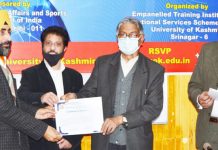