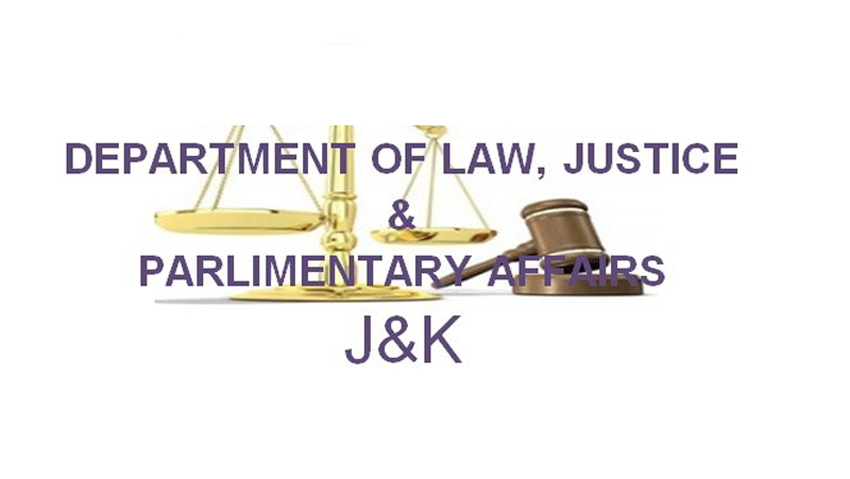 Mohinder Verma
JAMMU, Jan 24: Almost all the Government departments and counsels are flouting the directives on timely filing and following of Appeals, Letters Patent Appeals (LPAs) and Special Leave Petitions (SLPs) before the courts thereby creating worrying situation for the State. Moreover, several departments and Corporations are also engaging Standing Counsels without consulting Department of Law and Justice and this practice is affecting the interests of the State.
Official sources told EXCELSIOR that on June 13, 2017, the then Secretary to Government Department of Law, Justice and Parliamentary Affairs Abdul Majid Bhat had observed that departments were not filing the appeals before the High Court and SLPs before the Supreme Court within the prescribed period of limitation, which results in dismissal of the cases at the threshold without considering the merits of the cases.
In order to overcome such a practice, all the Administrative Secretaries and Heads of the Departments were directed to ensure filing of Appeals/LPAs/SLPs prior to the expiry of the prescribed period of limitation to facilitate hearing of the State cases on merits and to ensure that the interests of the State are safeguarded.
“In the cases where the delay is unintentional/unavoidable, application for condonation of delay should be filed with plausible reasons”, he had further directed.
Thereafter, the issue was debated by the Department of Law and Justice in numerous meetings with the Administrative Secretaries and Government counsels and every time assurances were extended that the directives would be followed in letter and spirit.
However, these directives are still not being strictly followed by the departments and their counsels much to the disappointment of the Department of Law, Justice and Parliamentary Affairs.
This can be gauged from the Circular No. LD/Lit/2014/375-Estates dated January 23, 2019 issued by Secretary to Government, Department of Law, Justice and Parliamentary Affairs Anchal Sethi wherein serious concern has been expressed over non-adherence to the directives on filing and following appeals by the departments and counsels.
“After putting in an extensive labour in grant of sanctions for filing Appeals/LPAs/SLPs, it has been observed that these petitions are not being followed/filed by the departments/counsels representing the departments before the courts expeditiously”, the Law Secretary said, adding “this tendency has created a worrying situation for the State”.
Stating that delay in filing these petitions is viewed very seriously by the courts and more often the cases are dismissed at the condonation of delay stage, the Law Secretary said, “Government cannot afford the prevailing state of affairs to perpetuate”.
He has enjoined upon all the Administrative Secretaries/ Heads of the Departments to ensure filing of Appeals/ LPAs/ SLPs within a period of 10 days from the date of grant of sanction otherwise the matter may be placed before the competent authority for appropriate action under rules.
It is pertinent to mention here that Letter Patents Appeal is a remedy for challenging decision of a Single Judge before the Division Bench of the High Court while as Special Leave Petition is filed before the Supreme Court against the judgment or decree or order of High Court/Tribunal.
Moreover, several Government departments and Corporations are paying no heed to the terms and conditions and procedure for appointment of Standing Counsels, which were explicitly defined by the Department of Law, Justice and Parliamentary Affairs vide Government Order No.1754-LD(Estt) of 2013 dated May 16, 2013.
A circular issued by the Secretary to Government Department of Law and Justice Anchal Sethi yesterday is the testimony of the same. “It has been noticed that various departments/Corporations are engaging Standing Counsels before the subordinate courts and High Court on their own without consulting Law Department”, read the circular.
“This practice has created an anomalous situation and affecting the interests of the State”, the Law Secretary said, adding “in order to overcome this practice, it is enjoined upon all the Administrative Secretaries/ HoDs not to engage Standing Counsels without consulting Law Department”.
It is hoped that latest directives of the Department of Law and Justice will be taken seriously by all the Administrative Secretaries, Heads of the Departments and Government Counsels.