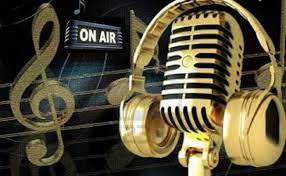 NEW DELHI, Mar 1: The Ministry of Information and Broadcasting has directed FM radio channels not to air vulgar and objectionable content, failing which stern action will be taken against them.
The ministry said airing such content is in gross violation of the Grant of Permission Agreement (GOPA).
“It has come to notice of the Ministry of Information and Broadcasting that vulgar and objectionable content is very often being broadcast on several FM Radio channels.
“It has also been noticed that the language used by many radio jockeys is indecent, dual meaning and offensive. They often make defamatory and derogatory comments which do not appear to be in good taste,” the ministry said in a recent advisory.
It said clause 7.6 of Grant of Permission Agreement (GOPA) provides that the permission holder shall ensure that no content, messages, advertisement or communication, transmitted on its broadcast channel is objectionable, obscene, unauthorised or inconsistent with the laws of India.
Airing such type of content is in gross violation of GOPA, which also provides that the permission holder shall follow the same program and advertisement code as followed by the All India Radio (AIR), the ministry said.
“The ministry in exercise of powers flowing from the GOPA hereby advises all FM Radio channels to strictly adhere to the terms and conditions prescribed and not to air any content in violation thereof. All the channels must exercise discretion and restraint in broadcast of such contents.
“Strict compliance to the above direction should be ensured by all FM radio channels. Any violation shall entail such penal action as deemed fit in accordance with terms and conditions laid down in GOPA,” it said. (PTI)