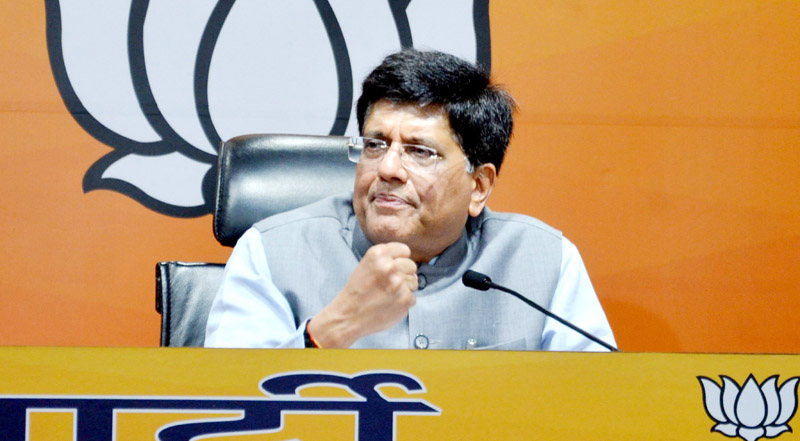 DAVOS,  May 24:  As global challenges push inflation in India and elsewhere higher, top union ministers on Tuesday said the India growth story in the long-run remains strong but necessary safeguards are being put in place to tackle the short-term issues and the Government is open to taking further measures as well if required.

Challenges are there and they will remain, and if there were no challenges, everybody will be a billionaire, Commerce and Industry Minister Piyush Goyal said during a session on ‘India at 75: Strategic Outlook’ at the World Economic Forum Annual Meeting 2022 here.

The Governments need to evolve their strategy with changing times and the Indian Government has shown its ability and agility to move with the situation, he added.

“Whenever a need arises, we are open to look at options that are necessary to sustain and grow the businesses. Infrastructure has been a focus area of our government as a lot of things depend on that. I am sure the steps we have taken would have desired results in keeping our growth momentum,” Goyal said.

Speaking in the same session, Oil and Gas Minister Hardeep Singh Puri said India is very much part of the global community and the international crude oil prices would definitely have their impact.

“Prime Minister Narendra Modi has personally been monitoring all key steps being taken, including on decision to cut the excise duty. The fact is that oil prices of USD 110 per barrel is not sustainable and I am hoping that once the realisation happens, things would improve and the India growth story would remain intact. We are putting in place all necessary safeguards still,” he noted.

Everything is still good for India in the long run, but we are taking steps for the short-term challenges also, Goyal said.

He further said most food items have not seen prices rising to unmanageable levels, adding that he expects that the common man would not feel the pinch of food inflation.

Goyal said in the current situation when a lot of relief is being given to the common man, particularly in terms of petrol and diesel prices, the country’s public sector companies are doing a phenomenal job by acting like a ‘shock absorber’ and giving relief to the people.

But it should not mean that the public sector oil companies are taking on the losses of the Government as any under-recovery in the short run is made up by longer term actions, he added.

“Every industry has a critical role to play,” he said.

“The message we want to give here at Davos is that when you invest in India, you invest in the overall India story and it is not about any one sector, or one government or one set of political thinking… We are all working collectively for future of India,” Goyal said.

Puri said the transformational changes that have been introduced in the country are providing great economic opportunities.

The choices that investors are facing globally are narrowing in favour of India, the minister pointed out.

He said the India story will become even better going ahead as the world comes out of the pandemic totally. (PTI)