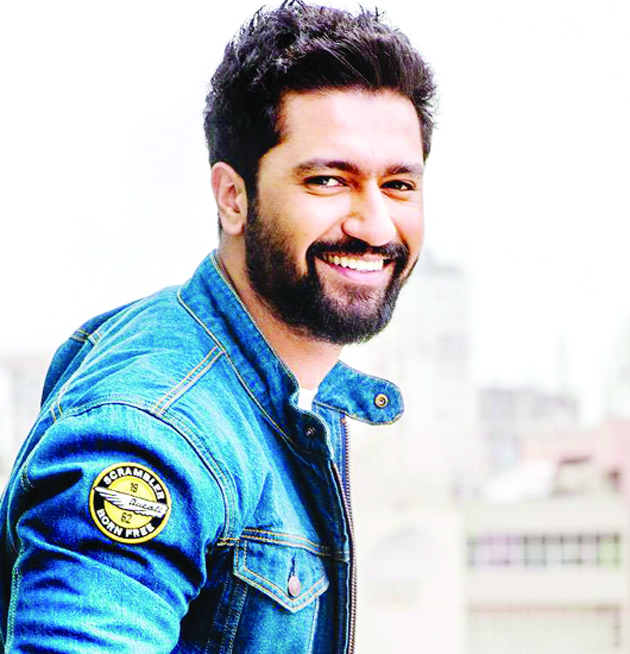 Ahead of the release of “Govinda Naam Mera”, Bollywood star Vicky Kaushal says he feels like a debutant all over again as the upcoming film is a “very new” world he tried to inhabit as a performer.
As someone who has aced emotionally intense roles right from his 2015 debut “Masaan” to his last outing “Sardar Udham”, the National Award winner has dipped his toes into the out-and-out masala entertainer space for the first time with “Govinda Naam Mera”.
The genre is like the road less travelled for Kaushal but he isn’t worried about the fate of the movie, directed by Shashank Khaitan.
“For me, this film is like my debut film because this is something I’ve never done before. It’s only been seven years, but still I have not done anything like this before.
“It’s a big test, it is like my first film. It might or might not work for me as an actor, and I’m really excited for that… as excited, I was for ‘Masaan’,” the actor told PTI in an interview here.
In “Govinda Naam Mera”, Kaushal plays the titular character of Govinda Waghmare, a struggling choreographer caught between his bullying wife Gauri (Bhumi Pednekar), and girlfriend Suku (Kiara Advani), who wants to marry him. It’s all fun and games until he discovers that he may end up losing his inheritance, the ancestral bungalow in which he lives and what follows is a thrilling set of events.
Calling himself a director’s actor, the 34-year-old said it is all about surrendering to the filmmaker’s vision.
“It’s (world) really something very, very new that I have attempted… Eventually, it is about adding the grammar of the director’s vision to your process. That precisely is my process or at least a very integral part of my process,” he added.
Kaushal also recalled learning the trick to convincingly embody a character from Bollywood superstar Shah Rukh Khan.
“I learned a very interesting thing from Shah Rukh Khan sir. He told me there is always a grammar attached to every film and it comes with the director, what vision he has.
“It is important to understand the grammar that the director is coming with and my job is to fully suspend myself,” he said.
From a masala or niche film to heartland Indian or European cinema, anything made with conviction strikes a chord with the audiences, believes the actor, who rose to prominence with the 2019 war film “Uri: The Surgical Strike”.
“We are blessed to be in a country where our taste is so diverse as an audience. For a director, what’s important is that the expression should come out in the most honest form and that’s our job as actors to kind of deliver that with that much honesty,” he said.
Also starring Renuka Shahane, Sayaji Shinde, and Dayanand Shetty, “Govinda Naam Mera” is set to stream on Disney+ Hotstar from December 16.
According to Kaushal, a film’s success or failure doesn’t depend on the medium of its release.
Citing the example of Prime Video’s “Shershaah”, starring Sidharth Malhotra and Advani, the actor said the 2021 biographical war drama received a lot of love because it was a “great” film.
“If people like or hate your film, they don’t hate it or like it because it’s an OTT or theatrical movie. They hate it or like it because it’s a bad or good film,” he added.
“Govinda Naam Mera” is jointly produced by Viacom18 Studios, Dharma Productions and Khaitan.