NEW DELHI, Feb 24:  The Steel Ministry has begun the hunt for a candidate to head the country’s top iron ore miner NMDC, which has been functioning without a permanent chief since January, 2012.
“Ministry of Steel…Is seeking qualified candidates for the post of CMD, NMDC… He is responsible for the efficient functioning of the Corporation for achieving its corporate objective and performance parameters,” the ministry has said inviting applications for the top job by April 2.
Fixing the minimum age cap at 45 years and maximum 58 years for internal candidates, and 57 for others, the Ministry has also sought their vigilance profile.
Fixing qualification for candidature as graduate with adequate experience at a senior level management in a large organisation of repute, the ministry has made it clear that executives from only such state public sector and private sector firms could apply where the company’s annual turnover is in excess of Rs 250 crore.
It has also said that “officers of the level of Additional Secretary in Government of India or officers of equivalent scale of pay or Lieutenant General in the Army or equivalent rank in Navy/Air Force on the date of vacancy, 17.10.2012” could apply.
The appointment will be for a period of five years or retirement date, whichever is earlier.
The Ministry has appointed a five-member committee, headed by Planning Commission member Arun Maira, for the selection of the candidate and the panel will include Steel Secretary D R S Chaudhary and Personnel Secretary P K Mishra.
Public Enterprises Selection Board (PESB) had in July 2011 suggested M S Rana, CMD, Security Printing and Minting Corporation of India, to take over from incumbent Rana Som who was set to retire from NMDC on December 31 that year.
PSEB had selected Rana from a list of 12 candidates interviewed for the job.
However, the Steel Ministry, the administrative Ministry for the company handed over the additional charge of CMD to NMDC’s Technical Director N K Nanda.
Later, SAIL Chief C S Verma was given the additional task, who is still holding it.
NMDC is India’s single largest iron ore producer, at present producing about 30 million tonnes of iron ore from three fully mechanised mines in Chhattisgarh and Karnataka.
The government holds 80 per cent stake in the miner, the largest producer of the key steel-making raw material in the country.It had an output of 175.56 lakh tonne iron ore during the first nine months of the current fiscal. (PTI) 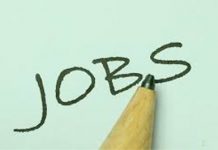 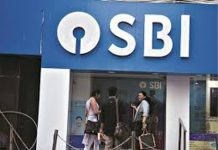