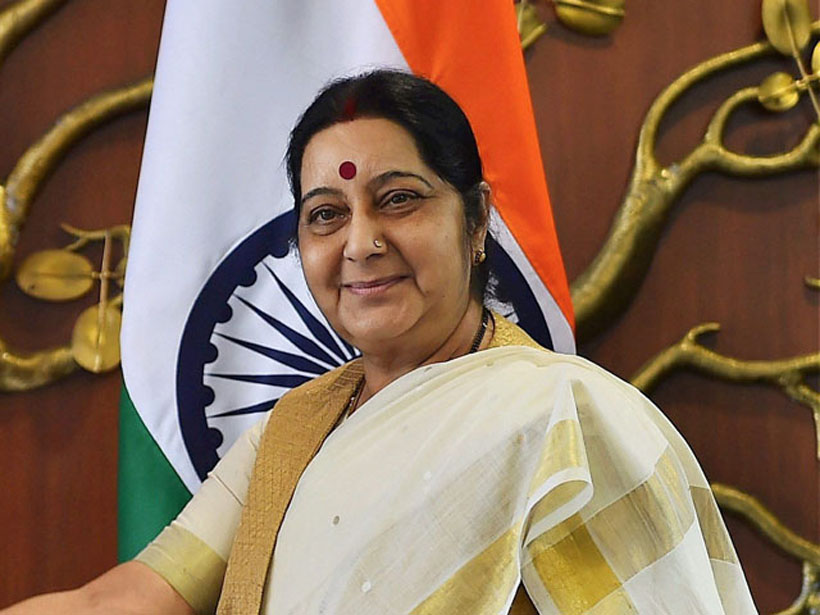 MADRID, Feb 19:
India’s good Samaritan diplomacy came in for yet another international recognition and honour on Tuesday when External Affairs Minister Sushma Swaraj accepted the prestigious ‘Grand Cross of Order of Civil Merit’ conferred by the Spanish Government here.
“Honour for India! On behalf of people of India, EAM Sushma Swaraj accepts prestigious Grand Cross of Order of Civil Merit conferred by Spanish Government in recognition of India’s support in evacuating 71 Spanish nationals during April 2015 Nepal earthquake,” MEA spokesman Raveesh Kumar tweeted.
The Operation Maitri (Hindi word for Amity and Friendship) was a rescue and relief operation in Nepal launched by the Modi government and Indian armed forces in the aftermath of the April 2015 Nepal earthquake.
Creditably for the armed forces and disaster management works, India’s response was started within 15 minutes of the quake.
The Operation was launched April 26, 2015 and it has also involved Nepali ex-servicemen from Gorkha Regiment for ‘interface for guidance, relief and rescue works’.
Rated as ‘the most powerful disaster’ to strike Nepal since the 1934 Nepal?Bihar earthquake, the killer quake is said to have left at least 8,900 people in Nepal dead.
Seventy one Spanish people were also rescued during the herculean rescue and relief works.
It may be mentioned that an Indian army mountaineering team recovered the bodies of 19 mountaineers from Everest base camp and rescued at least 61 stranded climbers from Mount Everest.
Notably at the directives of Prime Minister, the then Foreign Secretary S Jaishankar had announced that at least six National Disaster Response Force teams would be pressed into service to Nepal in the first 48 hours.
The Government has also announced that the aircraft sent to Nepal would not just rescue Indians, but citizens of other countries as well.
Ms Swaraj is in Spain at the invitation of her counterpart Josep Borrell Fontelles, Spanish Minister of Foreign Affairs.
She also visited Bulgaria and Morocco.
MEA spokesman Raveesh Kumar said last week that Ms Swaraj’s visit to Bulgaria, Morocco and Spain will strengthen India’s relations with them and also “expand avenues” of cooperation on the regional and the global issues of importance. (UNI)