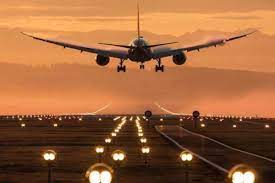 NEW DELHI, June 17: Goa, Nainital, Rishikesh, Gangtok and Mount Abu emerged as the top five favoured family summer holiday destinations for Indians this year, according to a survey by travel and hospitality technology platform OYO.
As per the study – Summer Vacation Index – Family Edition 2022, 82 per cent of parents felt they had a difficult time juggling work and keeping children occupied during summer breaks. Therefore, they planned a family vacation.
“The study highlights that over 65 per cent of parents in India intend to plan vacations with their kids this summer, after two consecutive years of lockdowns during summer breaks,” OYO said in a statement.
According to the survey conducted in the first two weeks of June taking response from 1,072 respondents, 41 per cent chose Goa as the most sought-after destination for family vacations with kids.
The other preferred destinations as per their ranking are Nainital, Rishikesh, Gangtok, Mount Abu, Puducherry, McLeodganj and Mahabaleshwar, it added.
OYO Senior Vice President – Product and Chief Service Officer Shreerang Godbole said, “As per these choices, parents are opting for nature filled destinations especially at hill stations or by the beach.”
When it comes to choice of hotels, 58 per cent of the respondents said they would prefer a stay with a swimming pool for kids, while 56 per cent preferred hotels with kids play areas, followed by proximity to water parks, big television in the room, among others.
The OYO survey also found that for summer holidays, short leisure trips of about 1-3 days continue to be the preferred duration for this year, followed by a strong preference for a week-long vacation by 38 per cent of the respondents. (PTI)