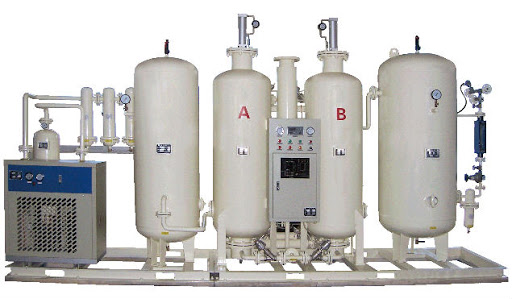 Govind Sharma
JAMMU, Sept 21: The works of upgradation of medical oxygen plant and centralized oxygen supply in many wards of Government Medical College (GMC) Jammu were already sanctioned in October last year and even started by the previous administration but the current GMC administration failed to re-start the same after lockdown. Had these works re-started timely, the present crisis of oxygen might have been easily avoided.
Official sources told Excelsior that in April 2019, the then Principal GMC Jammu Dr Sunanda Raina proposed the project namely “SITC of Electro-Mechanical Equipment’s for proposed Centralised Medical Gas Pipelines of Oxygen and Vacuum outlet points for the Existing Ward Nos 7, 8, 9, 11, 12, 14 and 15 of GMCH Jammu, with estimated cost of Rs 475 lakh, which was approved by the Government under Languishing Projects for funding under JKIDFC.
Accordingly, the Detailed Project Report with estimated cost was prepared by Chief Engineer, Mechanical Engineering Department, GMC Jammu, and submitted to Government for post facto accord of Administrative Approval. The Government immediately vide order number 882- HME of 2019 dated 10.10.2019, granted the approval in favour of the project and sanctioned Rs 475 lakh for it.
Sources said the rationale and justification of the proposal was to actually de-bulk the existing 280-bedded emergency block so that the stable patients can be shifted to Wards (having centralized oxygen supply) for further treatment. Further, it was decided that new block of emergency will be extended and the work of which is going on.
They said the work on the project was started in the month of January after completion of tendering process but it had to be stopped in the month of March by engineer wing due to country wide lock down and then due to non availability of transport and labour. “When the interstate transportation and permission of labourer to visit Jammu started in the month of May and June, these works could have been easily started again and completed timely by the present GMC authorities in anticipation of COVID peak at Jammu, which was predicted in the month of September last year by health authorities and local administration,” sources said.
However, they said, it never attained priority of the current GMC administration and they shelved the project, and finally when people started dying due to unavailability of oxygen and media and public pressure increased, they woke up from their deep slumber and sent revised DPRs for installation of medical oxygen generator plants in GMC & AHs Jammu vide their letter dated 31-8-2020.
“If the earlier approved works were re-started timely, the scenario would have been different as oxygen generation capacity in GMC would have increased from 1200 LPM to 2400 LPM and there would have been central oxygen supply in all Wards of GMC. The shortage of oxygen supported beds currently being faced by GMC Jammu could have been easily avoided in that case and the existing crisis of oxygen might be easily avoided, they asserted.
Further, sources said, with additional augmented capacity of 1200 LPM, many non functional ventilators could have been started and made functional for the COVID patients which are being denied at present to almost 3 to 5 patients on daily basis and such patients ironically have to be either kept on Ambo Bag or to be referred outside J&K.
They said that the revised project was submitted to the Administrative Department on 31-8-2020 and taking no time, it gave accord to the project on 16-9-2020 but the project will take at least five-six months for completion even if they are done at war footing and that will cost dearer to Jammu region as several emergency cases which needs oxygen supply are being referred outside from the GMC Jammu.
“Government cannot be blamed at all for the current mismanagement and failure at GMC Jammu and efforts of Financial Commissioner, Health and Medical Education, Director NHM and the Chief Secretary remained par excellence in the effective COVID management in J&K from the day one. It is further supplemented by the fact that nearly 28 hospitals of both Jammu and Srinagar regions have been selected by the Government for augmentation of their oxygen generation capacity amid COVID,” sources asserted.
They said that due to inefficient GMC authorities, not only COVID but also non-COVID services have been badly affected. They said that the justification of the same that there is increased demand due to patient load from periphery cannot be accepted as the current administration failed to anticipate COVID spike at Jammu and its consequences.

Ventilators  non-functional in DH
All 13 ventilators installed in dedicated 40-bedded COVID facility of District Hospital Poonch are lying non-functional due to lack of continuous oxygen supply.
Official sources told Excelsior that these ventilators were provided by the Government of India few months back to install in COVID facility of the Hospital but since their installation these ventilators are lying unused as these are high end ventilators and need continuous high pressure oxygen supply.
Thus, the patients failed to reap benefit of these ventilators and all the patients which are in need of ventilators are either referred to GMC Jammu or GMC Rajouri. Sources also informed that the Hospital do not have any technician to operate ventilators.
When contacted, Medical Superintendent of DH Poonch, Shameem Bhati also admitted that all the 13 ventilators are non-functional for want of continuous high pressure oxygen supply. She admitted that if oxygen saturation of any patient falls, they refer him/her to GMC Jammu or GMC Rajouri.
She informed that Government is in the process of installing an oxygen generation plant in the Hospital and the DPR of the same is final and accord sanctioned by the Government. “We have also identified space for installation of the oxygen generation plant,” she added.