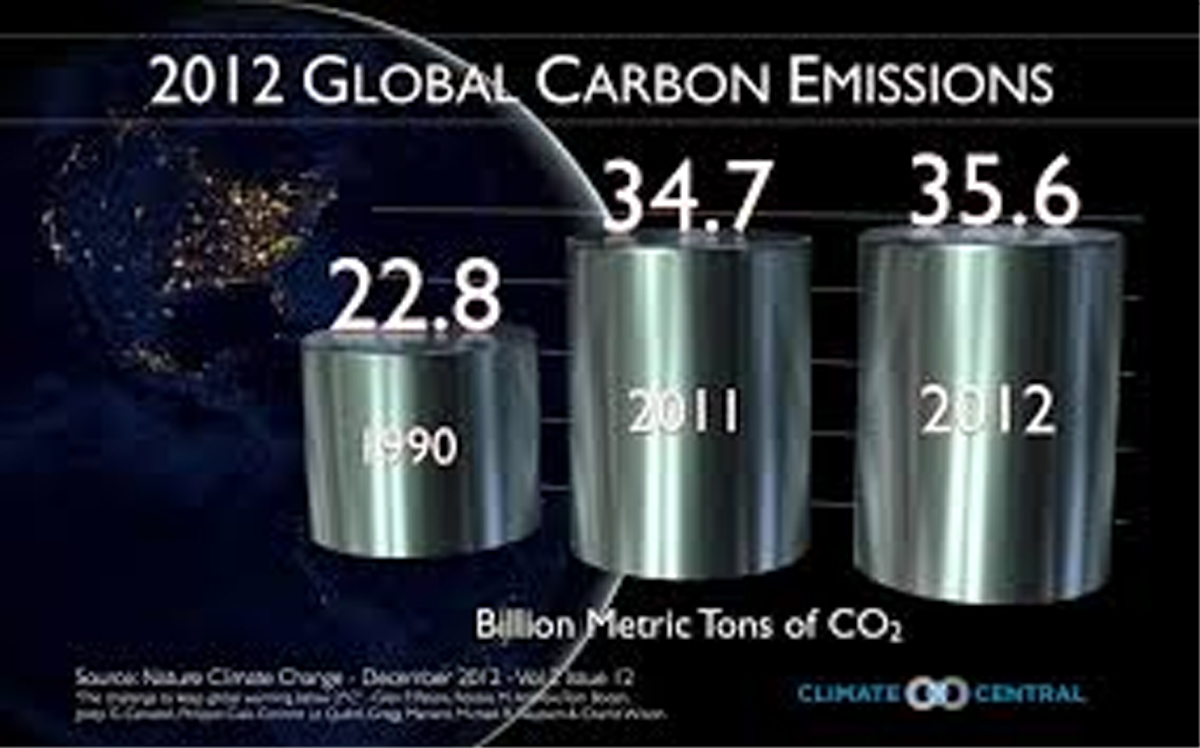 CANBERRA, Dec 6: Carbon dioxide emissions around the world are set to increase to an all-time high in 2018, a report has revealed.
According to data from the Global Carbon Project (GCP), which is based on Canberra, on Thursday, CO2 emissions were on track to rise 2.7 percent to 37.1 billion tons in 2018.
It marks the second consecutive year that carbon emissions have risen after a plateau between 2014 and 2016.
The report identified an increased number of cars on the road and a rise in coal use globally as the major contributing factors.
“It is disappointing to see global fossil fuel CO2 emissions going back to the strong growth rates of the past,” Pep Canadell, executive director of the GCP, told Fairfax Media on Thursday.
“The strong global CO2 emissions of 2018 are also very likely to continue into 2019 given the projections of a relative strong global economy for that year.”
Emissions from Australia increased for the fourth consecutive year, the report found, corroborating data from the Australian government, which revealed that greenhouse gas emissions were at their highest level since 2011.
A United Nations report released in November warned that Australia was not on track to meet its Paris climate agreement target of reducing carbon emissions by at least 26 percent from 2005 levels by 2030.
“It’s interesting to see that Oceania, which includes Australia, is at the very top of all regions of the world, in terms of emissions per capita,” Canadell said.
The report confirmed that the world was on track to catastrophic global warming, but it said the emissions trend could still be reversed by 2020. “The biggest surprise in the data was that the gap between what we need to do and what we’re doing is growing,” Canadell said.
(AGENCIES)