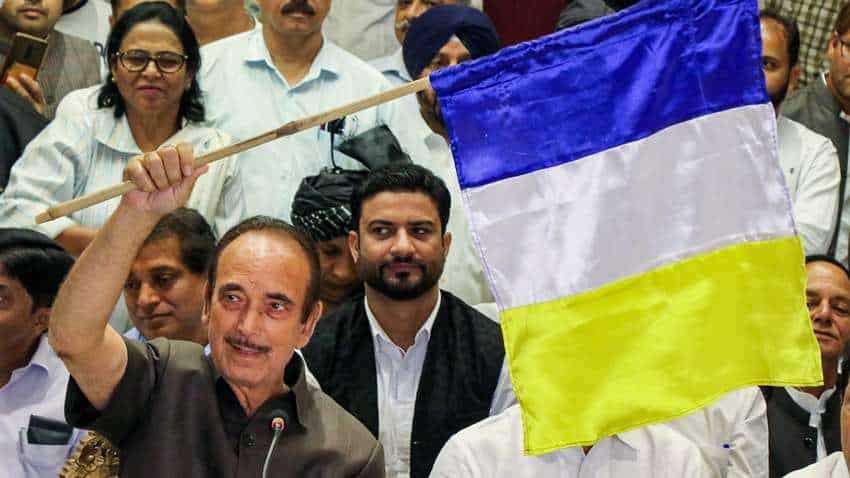 JAMMU : Ghulam Nabi Azad, who recently parted ways with the Congress, on Monday launched his new party — the Democratic Azad party (DAP).
The former Jammu and Kashmir Chief Minister had ended his more than five-decade-long association with the Congress on August 26.
“I am launching Democratic Azad Party (DAP) from here today. It symbolises democracy and freedom of speech and thought. Our ideology will be based on the ideals of Mahatama Gandhi,” Azad said during a press conference here.
Azad said the DAP will have “no competition” with any other political party and it will focus on “strengthening” peace and normalcy in Jammu and Kashmir.
Over two dozen prominent Congress leaders, including former deputy Chief Minister Tara Chand, had resigned from the Congress in support of Azad. (AGENCIES)