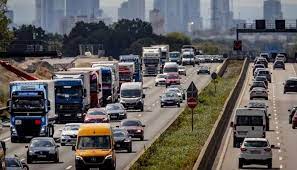 Berlin, Jul 30:Germany’s economy grew by 1.5% in the second quarter compared with the previous three-month period, picking up after a sharp first-quarter fall but less strongly than expected.
The figure released Friday by the Federal Statistical Office fell short of the 2% gain economists had forecast. In addition, the first-quarter decline was sharper than previously reported — a 2.1% drop in gross domestic product, rather than the 1.8% reported in May.
Second-quarter GDP was 9.6% higher than a year earlier. Last year’s second quarter saw the strong initial impact of the coronavirus pandemic on the German economy, Europe’s biggest. (Agencies)