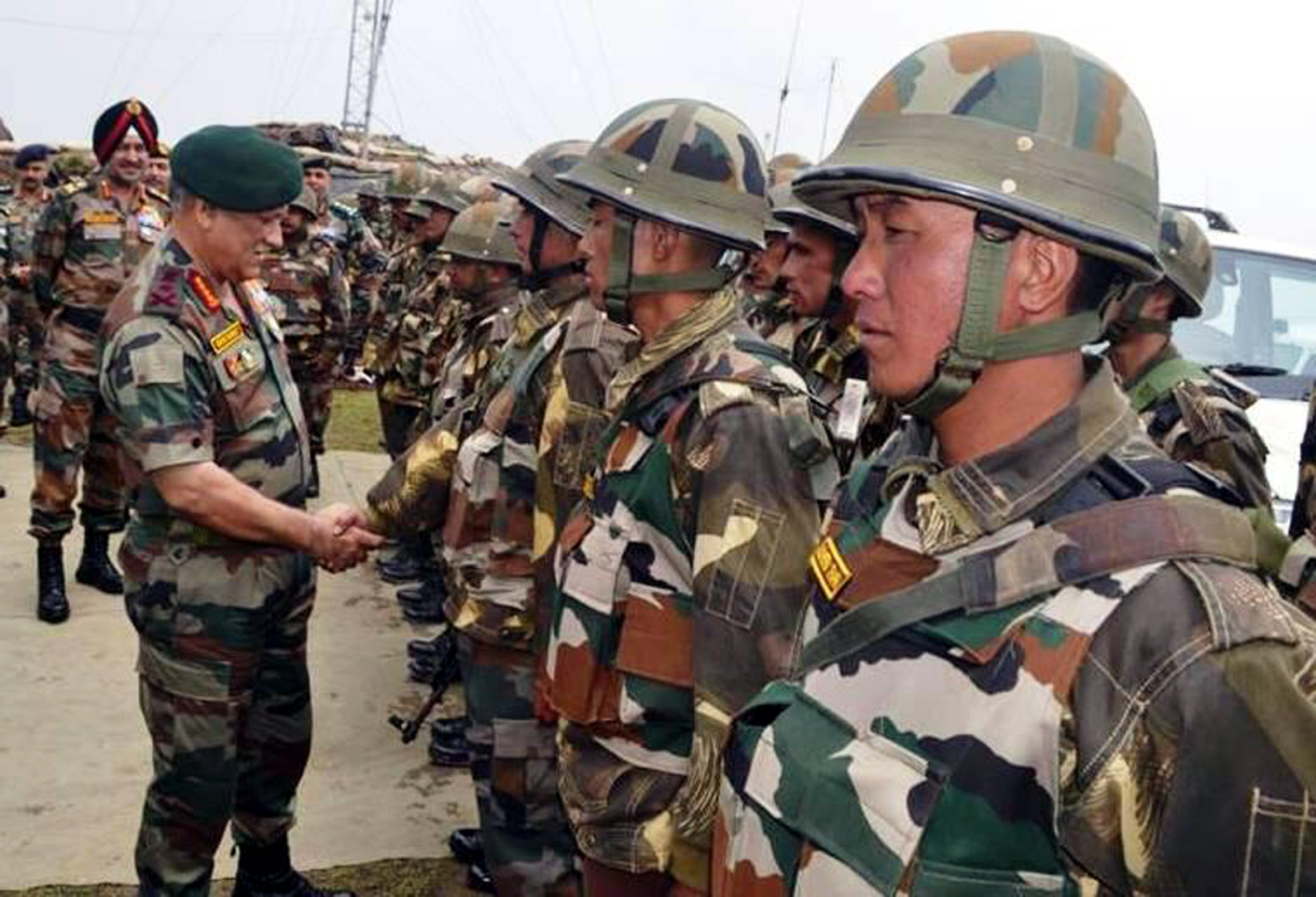 Fayaz Bukhari
SRINAGAR, June 23: Chief of Army Staff, General Bipin Rawat, today stressed for extra vigil along the Line of Control (LoC) and in Kashmir valley to defeat the designs of hostile forces.
General Rawat visited Kashmir today to review the prevailing security situation along the LoC and hinterland and discussed the security scenario with the Army Commanders on ground and with the Governor N N Vohra.
Northern Army Commander Lt General Ranbir Singh and Chinar Corps Commander Lt Gen AK Bhatt and the Army chief visited forward posts along the LoC in the frontier districts of Kupwara and Baramulla today. He was briefed on all aspects of operational and logistical preparedness.
The Army chief was appreciative of the measures and Standard Operating Procedures instituted by the units and formations to meet the challenges posed by the inimical elements. “Commending the performance of the troops in the recent successful operations, the Army chief stressed the need to maintain the extra vigil to defeat the evil designs of hostile forces and assured his full support to further strengthen the security posture”, said a Defence Ministry spokesman.
The Army chief was briefed about infiltration bids that were foiled and presence of large numbers of militants on the launch pads along the LoC in PoK. He was told that the Counter-Infiltration Grid has been further strengthened to thwart the infiltration attempts.
The chief was briefed by the local Commanders about the situation on the ground. He was told about the successful operations that were conducted by the troops in Kashmir this year. He was told that the troops on the ground are trying their best to minimize the collateral damage caused due to stone pelting during the anti-militancy operations.
The Army chief was told that over 50 youth joined militancy this year but the troops along with the other security agencies are trying to bring back these youth to the mainstream. He was told that the security agencies are trying their best to arrest the trend of youth joining militancy by engaging with the elders in the society.
Gen Rawat was also briefed about the situation in Kashmir after the ceasefire that was called off after the culmination of Ramadan. He was told that troops are ready to foil the militant and hostile forces design to disturb peace in Kashmir.
Later in the evening, the Army chief called on Governor NN Vohra at Raj Bhavan and discussed the overall security situation in the Valley.
During their extended discussions, the Governor and the Army chief discussed issues relating to the external security environment, challenges of counter terrorist operations in the hinterland and the arrangements which have been put on the ground for the safe conduct of forthcoming Amarnathji Yatra.
They also discussed the varied steps required to be taken for assuring a stable and bright future for the youth of the State.