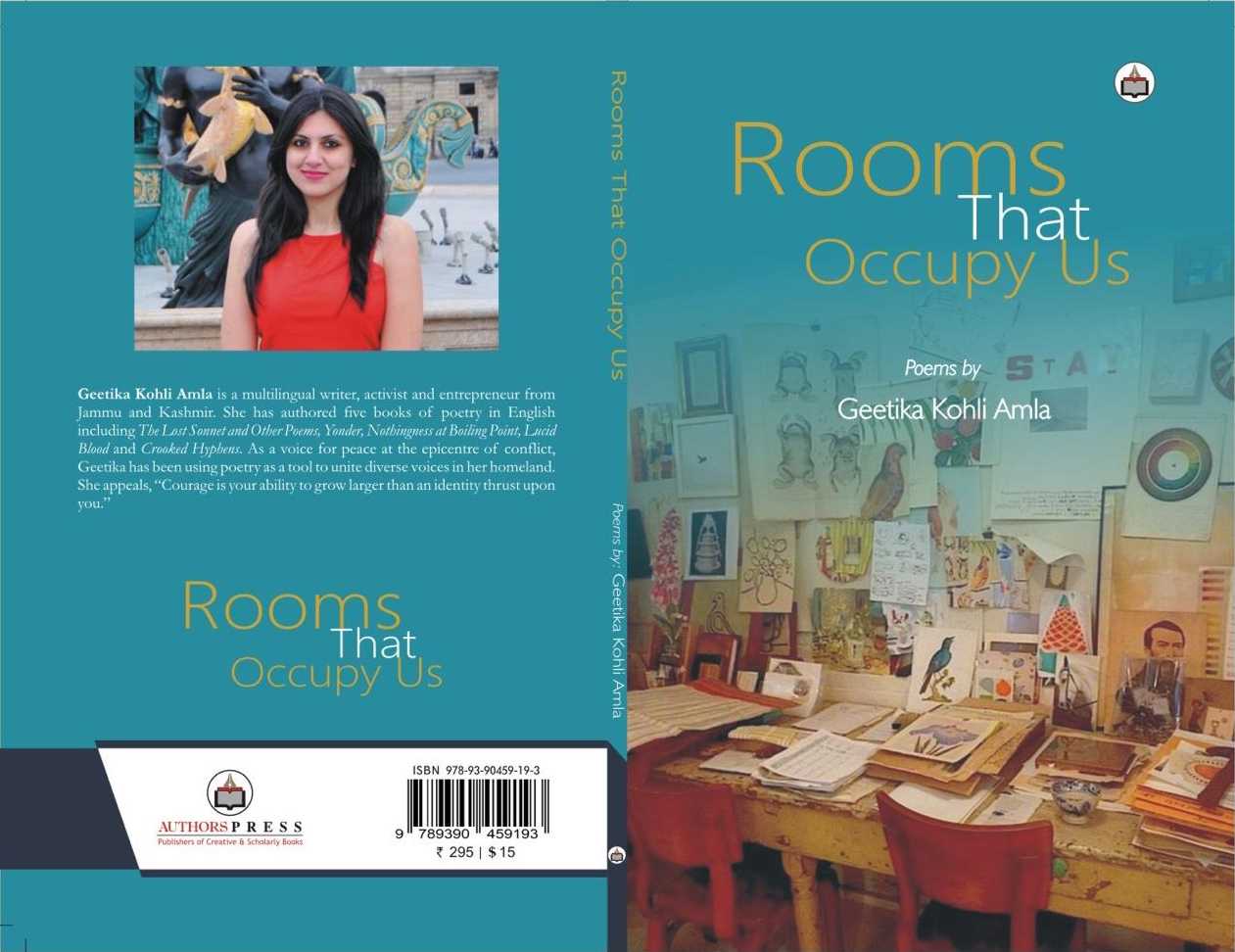 JAMMU, Oct 31: Noted author, Geetika Kohli Amla has come up with her sixth poetry collection, `Rooms That Occupy Us’, published by the prestigious Authors Press of New Delhi.
The book, with over 50 masterfully crafted poems of various genres, is a journey through grief where Geetika rises from her denials to face death in its callous beauty. In these heartfelt pieces, she unravels cold metaphors: her breath, a mere ‘bunting she hangs between two distant numbers on a clock’, and swallows piercing ironies: What has vision won for me – a crisis of blurring shapes? Rooms, she says, happened when she had been ‘hallucinating’ after she had lost her spiritual companion, her father.
Much before she could come to terms with the enormity of her loss, she sensed she had collided with a freedom that perhaps she did not know she wanted. Besides her sublime verses, the book also houses some intuitive sketches done by the poetess.
Geetika gained worldwide acclaim when at the tender age of 21, her poems had found place in an international anthology titled ‘Blossoms of India’. She went on to write several other books including `The Lost Sonnet’ and Other Poems, Yonder, Nothingness at Boiling Point, Lucid Blood and Crooked Hyphens, that was released by Dr Karan Singh at Amar Mahal, and Dr Kapila Vatsyayan at India International Centre in 2018.
Geetika strongly believes that poetry heals and helps address one’s insecurities, and also unmasks social failures at large, assisting individuals in countering the alienation they feel, and uniting their voices into one empowered cry for change. Her book is being distributed worldwide through online portals.

IT, GST Deptts partner in development of J&K: PCIT

Kashmir crisis needs to be resolved with talks among all stakeholders: BBPPF