Excelsior Correspondent
JAMMU, Oct 20: Gauri Thakur, a young talent of Natrang made her debut as a director with the play ‘The Oval Portrait’ based on a short story of Edgar Allan Poe here today at Natrang Studio Theatre.
The story was translated in Hindi by yet another youngster of Natrang, Sumit Raina.
Large number of audiences thronged to Natrang in which the artist of Natrang enthralled the jam-packed audience.
The Oval Portrait is one of his short stories centered on the theme of impermanence of life and intransience of art. It can be easily analyzed as a story about the uneasy relationship between life and art, embodied by the young bride and the oval portrait her husband paints of her. It suggests that the link between life and art remains less easy to pin down.
The play starts with an injured person and his valet seeking shelter in an abandoned mansion. They spend their time admiring the paintings that decorate the strangely shaped room and perusing a volume, found upon a pillow that describes them.
Upon moving the candle closer to the book, the narrator immediately discovers a before-unnoticed painting of a young girl. The narrator is captivated by this portrait which seems so life like.
He turns to the book and reads the entry detailing the history behind the oval portrait. The women depicted in it were the young bride of the painter who had painted the portrait. The painter cared more about his work than anything else in the world, including his wife.
This made her jealous of her husband’s art that distracted him from her. One day, he asked his wife to sit for him not realising how much she hated the art. The painter worked so diligently at his task that he did not recognize his wife’s fading health, as she, being a loving wife, she sat there patiently waiting for him.
She becomes weaker and weaker, dispirited from losing her husband’s love as he becomes more occupied with painting. When he finished drawing his masterpiece, he turned to regard his wife and discovered that she had died.
The young actors who performed flawlessly in the play included Gopi Sharma, Abhinav Sharma, Vanshika Gupta, Toyab Hussain, Mohit Sharma, Aafaque Khan and Arti Devi.
The lights of the play were designed and executed by Sushant Singh Charak whereas the sound was rendered by Aarti Devi.
The show was presented by Mahikshit Singh and coordinated by Mohammad Yaseen. 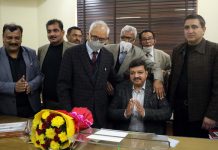 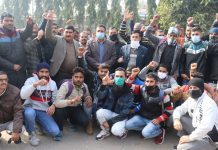 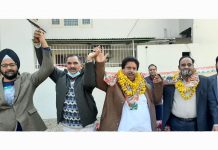 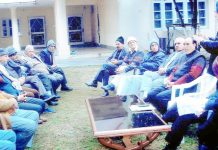 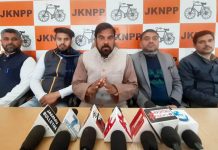 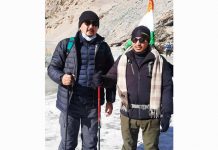 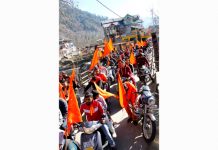 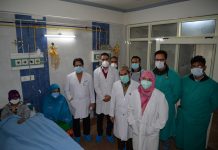 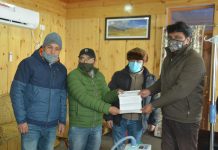 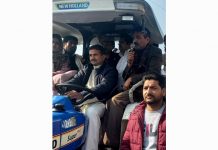 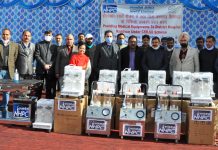 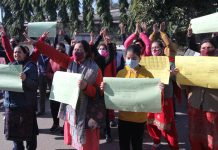