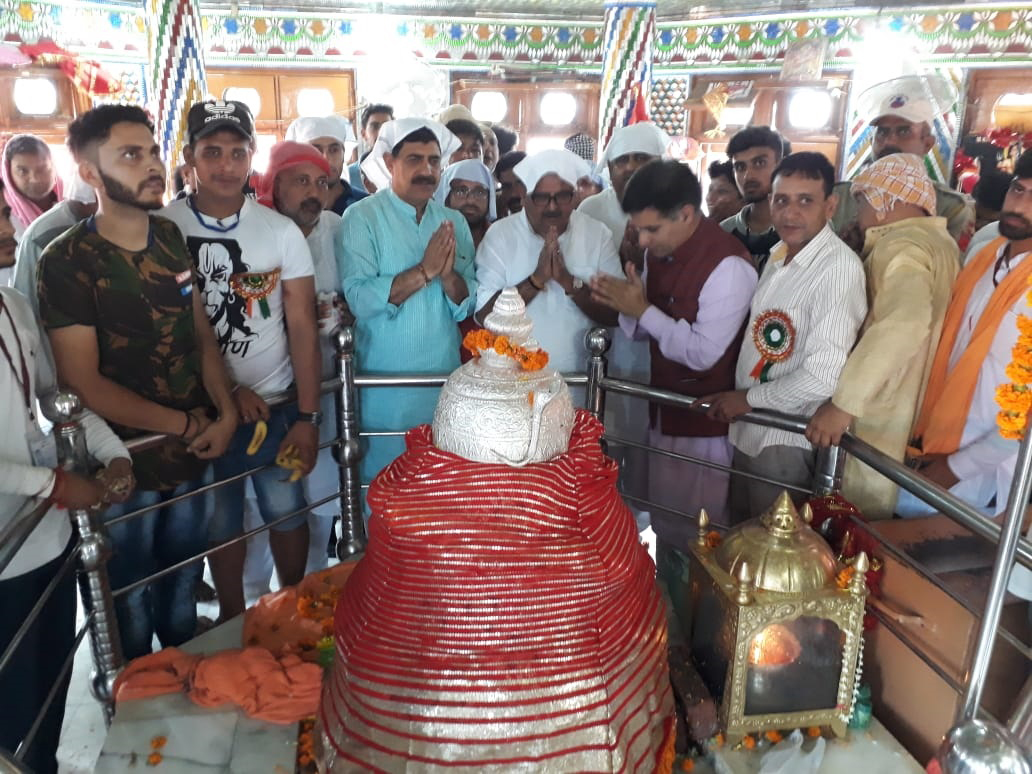 SAMBA, June 24: The week-long annual mela at the popular shrine of Baba Sidh Goria at Swankha, Samba commenced today with thousands of devotees from different parts of the State as well as from others states such as Punjab, Haryana, Delhi and Himachal Pardesh thronging the shrine to seek the blessings.
Member Legislative Assem-bly, Chander Prakash Ganga along with Member Parliament, Jugal Kishore Sharma and Member Legislative Assembly, Ravinder Raina inaugurated the Mela and paid obeisance at the shrine with prayers for peace, progress and prosperity of the State and the nation.
The shrine of Baba Sidh Goria is prominently known in the State and the devotees from different parts of the State and outside throng every year in the month of June-July and the Mela goes on for seven days. People also take a customary dip in the pond situated near the shrine which is believed to have curative powers and then offer prayers at the temple.
Speaking on the occasion, Ganga said that the shrines connect us with our heritage and we must preserve our religious, social and cultural identity for the posterity. “This annual religious fair is not just an event but it has broader symbolic significance which are being respected and recognized by the people of all faiths”, he maintained.
The dignitaries also inaugurated an exhibition by different Government departments like Agriculture, Social Welfare, Industries, Apiculture, Horticulture, Handloom, Tourism, Rural Development, Education and other allied units who have installed their stalls at the venue to make people aware about the Government schemes.
Strongly condemning the recent sniping incident by Pakistan Rangers at Chamliyal post which led to cancellation of the 320-year-old congregation at the shrine of Baba Dalip Singh Manhas for the first time since Independence, scheduled to be held on June 28, Ganga said that it is a candid reflection of Indian Government’s commitment towards protecting and upholding the integrity and sovereignty of the nation besides reflecting the viciousness and cruelty of Pakistan.
This is quite unfortunate that there will be no big gathering at the shrine at the International Border like yesteryears, no stalls will be set up and there will be no arrangements from our side.
Baba Chamliyal, after whom the village is named, lived about 320 years ago and is revered by the people of all faiths.
Till 1971, Pakistani nationals were allowed to come to the Indian side to pay obeisance at the shrine.
Among others present on the occasion were SDM Vijaypur, Tehsildar, Chief Agriculture Officer, Block Development Officer, other officers and officials besides prominent citizens.