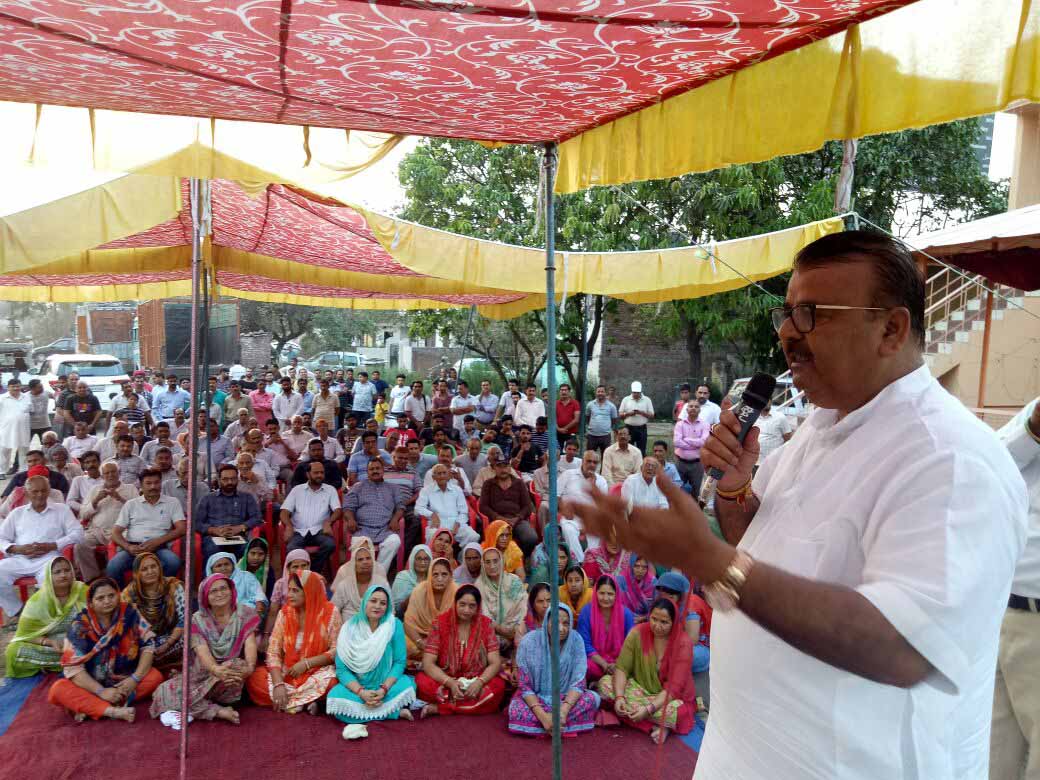 Excelsior Correspondent
SAMBA, May 30: Asserting that extending a corruption free dispensation has been on top of Modi Government’s agenda, MLA, Vijaypur and former Minister, Chander Prakash Ganga today termed strengthened economy, improved international relations, Digital India, GST, Swachh Bharat, NITI Aayog  as some of the major achievements of Central Government during past four years of its rule.
Ganga was addressing a large gathering at Dhyainsar today to celebrate successful completion of four years of Modi Government at the Centre.
The MLA, while terming the Modi Government as a Government with a clean image, said that during the four years Modiji has set India on a transformational path to rapid development and growth. “Communal violence has come down to a significant level and finally, the country can look forward to focus on mainstream issues”, he added.
“Narendra Modi Government has taken a lot of initiatives to directly impact the common people. Make in India was announced to make sure that MNCs start their plans in the country, resulting in generating employment and contributing to the economy”, the MLA maintained.
The MLA said that Pradhan Mantri Ujwala Yojna has been one of the most appreciated schemes by the current Government and the way Central Government involved the normal people by asking them to give up their subsidies to help the rural women with access to clean energy, has been widely hailed. Also, schemes like Krishi Sinchai Yojna, Pradhan Mantri Awaas Yojna, and Sukanya Samridhi Yojna have been directly focused for the rural population to increase their standard of life.
The MLA assured the locals that the blacktopping work on remaining roads would be completed during this year while other road works would also be taken up under NABARD and other schemes.