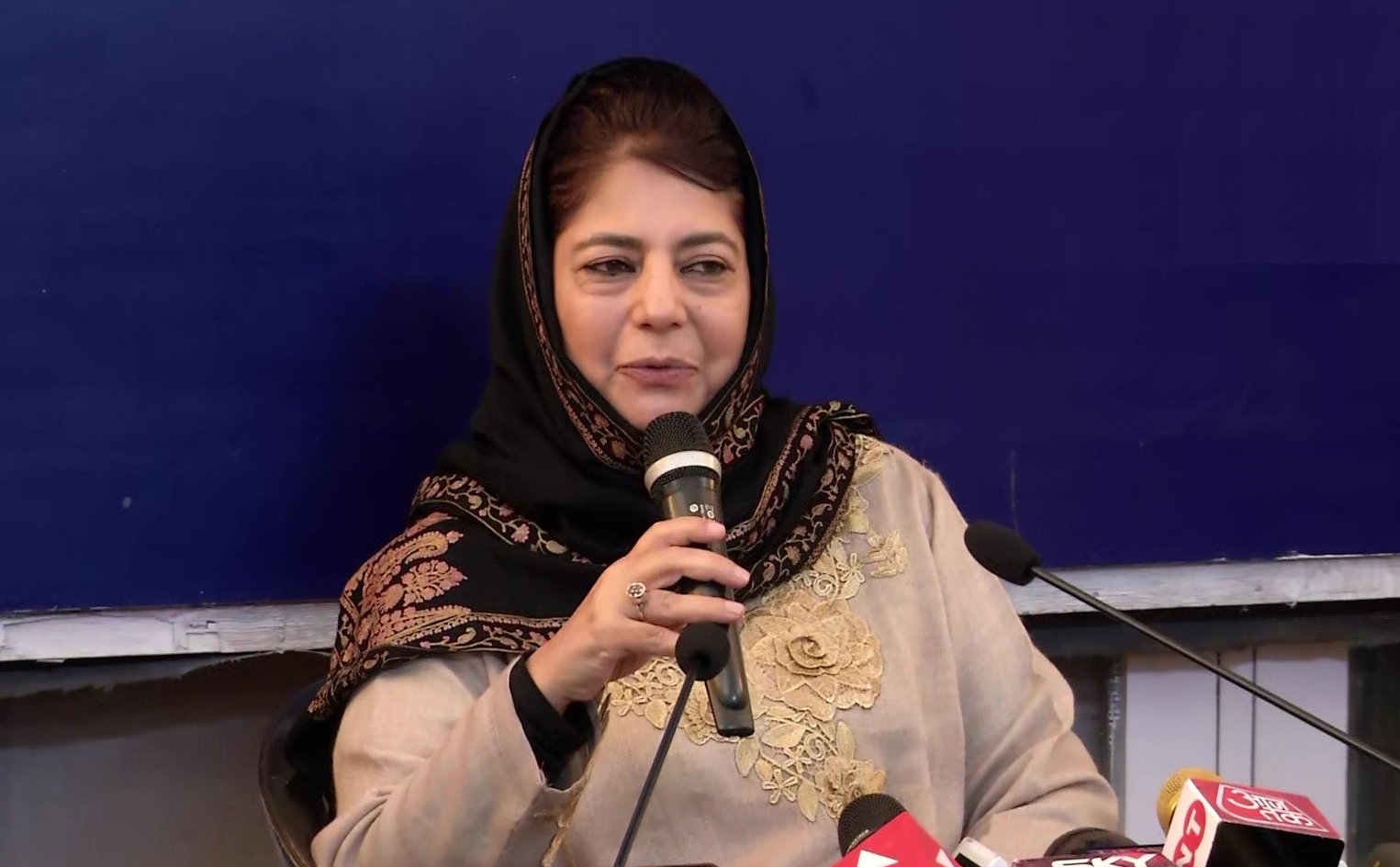 New Delhi, Dec 7: People’s Democratic Party (PDP) Chief Mehbooba Mufti on Tuesday alleged that Gandhi’s India is turning into Godse’s India.
Referring to the recent incidents when action was taken against those who cheered for Pakistan during the India-Pakistan cricket match, Mufti recalled that during former Prime Minister Atal Bihari Vajpayee’s time, citizens of the two countries were cheering for each other.
“I remember a cricket match between India and Pakistan during Vajpayee ji’s era, where citizens of Pakistan were cheering for India and citizens of India were cheering for Pakistan. And former Pakistan President Pervez Musharraf also praised the then Indian captain MS Dhoni,” said PDP chief .
“But some days ago in Agra, when some youngsters cheered for the Pakistan cricket team during a match with India, not a single lawyer is ready to take their case, so it feels like Gandhi’s India is turning into Godse’s India,” she added.
Mufti further said that said “Have never seen a greater Statesman than Vajpayee. He visited Pakistan twice. He knew dialogue is the way forward.”
Mufti on Wednesday urged the Centre to restore Article 370 and Article 35A and said that Kashmir cannot be kept with the country by using muscle power.
“We decided to go with India of Gandhi Ji, which gave us Article 370, Article 35A and our own flag…If you want to keep Jammu and Kashmir with you, reinstate Article 370 and Article 35A and solve the Kashmir issue. You cannot keep Kashmir with you by using muscle power,” Mufti said while addressing a public rally at Banihal in Ramban district of Jammu and Kashmir.
She also said, “It took India 200 years to get independence from the British and BJP took 70 years to remove Article 370 unconstitutionally. We may take 70 months but we will compel the Indian government to return not only Article 370 but resolve the Kashmir issue as well for which our youth sacrificed their lives.”
In August 2019, the Central government scrapped Article 370 which gave special rights to the people of Jammu and Kashmir and bifurcated the region into two categories- Jammu and Kashmir, and Ladakh. (Agencies)