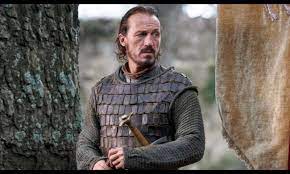 Los Angeles, Sept 23: Actor Jerome Flynn, who played the skilled mercenary in the epic fantasy drama “Game of Thrones”, has boarded the cast of the Paramount+ series “1923”.
The show is a prequel to the critically acclaimed series “Yellowstone”, with Taylor Sheridan attached to write and direct.
Fronted by veteran stars Harrison Ford and Helen Mirren, “1923” will follow a new generation of the Dutton family in the titular year and explore the early 20th century which was fraught with pandemics, drought, the end of Prohibition and the Great Depression.
According to entertainment outlet Deadline, Flynn will play Banner Creighton, a hard-headed Scot with a brogue and the leader of the local sheep men.
Brandon Sklenar, Darren Mann, Michelle Randolph, James Badge Dale, Marley Shelton, Brian Geraghty, Aminah Nieves, and Julia Schlaepfer also round out the cast of the upcoming series.
Production is underway on “1923” in Montana and it will premiere on Paramount+ in December. (PTI)