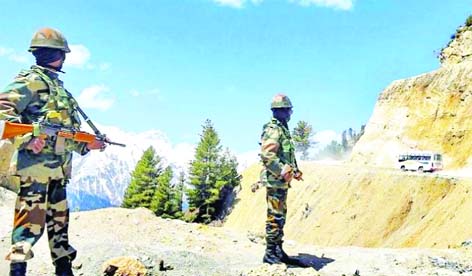 K B Jandial
While the martyrdom of 20 brave hearts in the bloodiest scuffle at Galwan in Eastern Ladakh has shocked the nation coming after 45 years of peace on LAC, reports of confusing developments like agreement on disengagement of troops but not adhering to it with simultaneous heavy build-up is equally disturbing. Blood at the icy heights of Galwan valley on the intervening night of June 15-16, has sunken the huge personal goodwill built by PM Modi and President Xi Jinping in last six years including ‘Wuhan Spirit’ (April 2018) and ‘Chennai (Mamallapuram) Connect’ (Oct. 2019), that laid down a roadmap for long term peaceful, stable and friendly relationship. The biggest outcome of these unique informal summits-‘differences don’t become disputes’, too dipped in the blood of our martyrs and theirs. Like Pt Nehru’s ‘Hindi-Chini-Bhai-Bhai’ bonhomie of late fifties, Modi’s similar but different type of optimistic outreach too has been shattered with huge remorse and personal embarrassment to Modi.