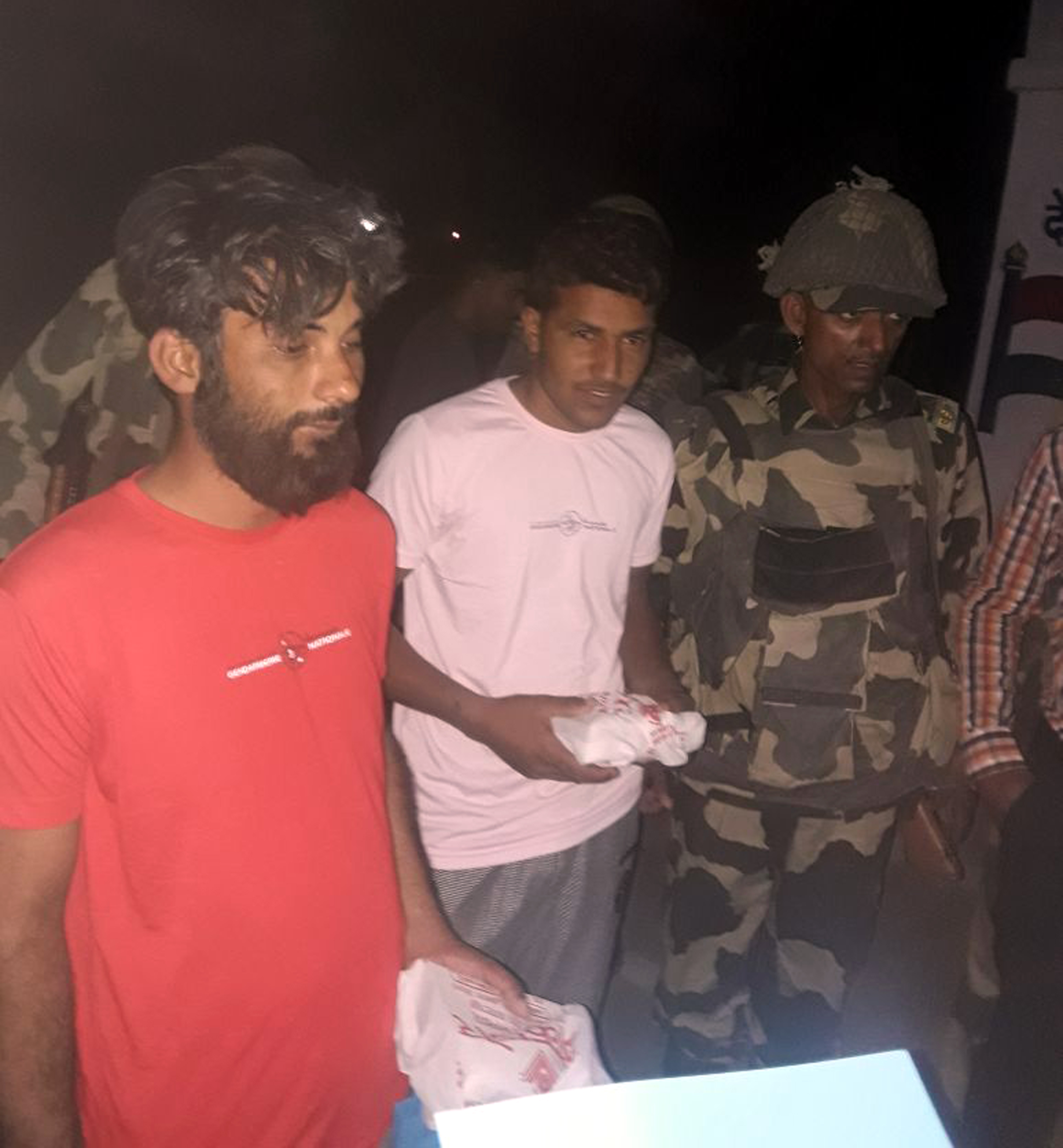 JAMMU, June 16: After a lull of nearly 20 days, fresh tension erupted along the Line of Control (LoC) today when Pakistan army violated ceasefire and targeted the Indian troops patrolling 700 meters inside the LoC by firing mortars and bullets in Nowshera sector of Rajouri district in which a soldier was martyred.
Official sources told the Excelsior that Pakistan army fired mortars and bullets on the Indian troops, who were patrolling the LoC about 700 meters inside the Indian territory, in Pukharni area of Nowshera sector in Rajouri district this morning. The Indian side retaliated. However, an Indian Army soldier was injured after being hit with splinters of mortars and later attained martyrdom while being evacuated to hospital.
The Indian side was reported to have retaliated to ensure that there was no further loss on the LoC.
The martyr jawan has been identified as Bikas Gurung, 21, a resident of village Khunka Khuki, Manipur and is survived by his mother Beana May Gurung. His body is being sent to his native town with full military honours.
On May 28, Director General of Military Operations (DGMOs) of India and Pakistan had agreed to stick to November 2003 ceasefire agreement after a hotline contact. This was the first major ceasefire violation on the LoC in Jammu region after the DGMO-level agreement though ceasefire was violated by Pakistan couple of times on the International Border (after the talks) at Kanachak, Pargwal and Ramgarh sectors of Jammu and Samba districts in which six BSF jawans including an Assistant Commandant were martyred. The Indian retaliation has resulted into heavy damages on Pakistan side.
Sources said the unprovoked mortar shelling and firing on the Indian Army patrol by the Pakistani side clearly violated the commitment made by the Pakistani DGMO on May 29.
The unprovoked ceasefire violation by Pakistan, especially on the occasion of Eid-ul-Fitr, is highly unethical and unprofessional, sources said, adding that the Indian troops exercised maximum restraint in spite of grave provocation and retaliated only to silence the Pakistani guns to ensure that there was no more loss on the Indian side especially that of civilians as local population was also residing nearby.

They added that the Army, however, has been forced to respond to the unprovoked firing and would give a befitting response at the time and place of its own choosing.
Eleven BSF troops have so far been killed in cross-border firing incidents along the International Border (IB) in Jammu and Kashmir this year, the highest casualty figure for the border force in a year in the past five years, the latest data revealed.
Meanwhile, the people living along the LoC in twin border districts of Rajouri and Poonch, who had heaved a sigh of relief after DGMOs’ agreement, again turned panicky today following fresh ceasefire violation by Pakistan as they feared that the hostile neighbour could target the civilian population in utter frustration.
Late in the evening, Pakistan army also violated ceasefire in Krishna Ghati sector by resorting to firing on the civilian areas. The Indian side retaliated. However, there was no report of any loss or damage on the Indian side.
Meanwhile, the Border Security Force (BSF) today apprehended two Pakistani nationals close to the International Border at Chak Faqira in Samba sector.
They have been identified as Sohail Qamar, 31, son of Mohammad Sharif and Ahmad, 22, son of Allah Rakha, both residents of village Chamana Kalan in Zafferwal area of Narowal district in Sialkot.
No significant recoveries were made from their possession during the searches after they were arrested at Chak Faqira last night.
After confirming that the labourers had crossed the border inadvertently, the BSF agreed to repatriate them on being approached by the Pakistani Rangers.
Maintaining humane approach, the BSF handed over the labourers to the Rangers at Octroi Post in Suchetgarh sector of RS Pura tehsil at a brief meeting. It was established during questioning of the Pakistani nationals that they had inadvertently crossed the border due to lesser knowledge of topography of the area.