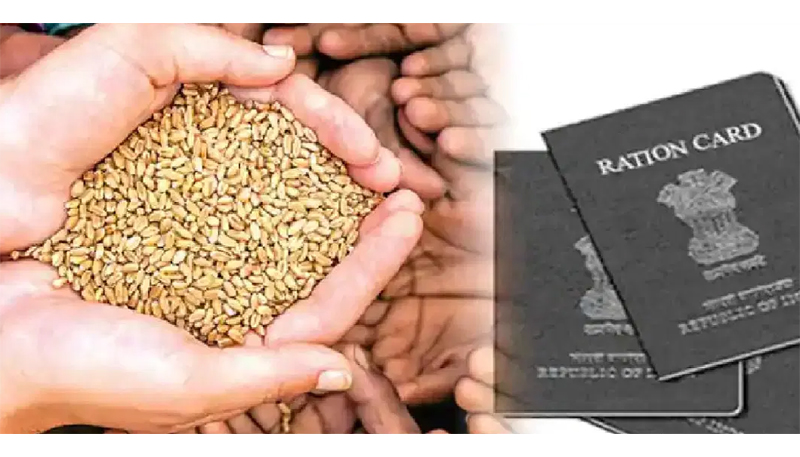 Food security is the fundamental right of each citizen of India and present GoI has been true to its resolve to supply free ration to almost eighty-four crore citizens during the COVID-19 pandemic lockdown. The free ration scheme has been extended now till 2024, an effort by the Government to support the downtrodden and provide them with two times of meals. It has cost the administration lakhs of crores per year but the Government has managed the scenario somehow. But all along this free ration comes the menace of pilferage which is still a headache for the present dispensation. From time to time scams of fraudulent entries, black marketing and the sale of ration card grains in the open market do happen. The Government is trying earnestly to somehow plug the loopholes with innovative ways continuously. The reforms include linking ration cards with Aadhaar cards, thumb based POS machines installed at FPS to plug undelivered ration among other things. Jammu and Kashmir had their own typical set of problems. Disproportionate ration distribution in Jammu and Kashmir, in one State/UT Kashmir Division users getting more ration than Jammu Division users, for reasons better known to the administration. Ghost ration cards of nonexistent citizens and thousands of duplicate ration cards, practically an open plunder with little effort to plug the pilferage. Trucks of grains meant for ration depots got diverted to open market for sale. The Rs3/- per kg of rice and Rs2- per kg of wheat ration of FPS gets sold more than ten times in the open market. To plug all these ration cards was made mandatory to be issued through Jammu and Kashmir Bank Limited with proper photographs and trucks carrying ration material got fitted with GPS to monitor their movement from godowns to FPS. Another scandal was of wheat to flour scam with the exuberant rates being charged and good quality wheat transformed into inferior quality flour. Ultimately Government ordered the distribution of wheat itself instead of flour. Another scam is of APL people managing BPL cards. GoI had long ago done the linkage of ration card and Aadhaar but Jammu and Kashmir for some years disregarded the GoI directive under the pretext of special status and then when special status was gone with the abrogation of Article 370 internet lockdown was enforced. So somehow things were not in sync with the rest of India. But the LG Administration gauged the gravity of the situation and ordered strict implementation of the set norms. Kerosene oil depots went and now the latest order for a new set of rules for ration cards and FPS. Keeping in view the terrain and practical problems minimum and maximum number of families per FPS have been set. Who will issue the ration cards and special ration cards for welfare institutions, hostels and other Government recognized institutions, all procedures have been preordained. Government officials, non-domiciles and political persons in any capacity have been barred from getting dealership of FPS. The person must be matriculated and belong to the same place. Licenses are for five years and renewed tillage of sixty-five years. Penalties for underweight or non-POS supplies are prefixed.
Overall efforts have been made to streamline the system, get rid of old guards and political class, and provide opportunities to unemployed literate youth. Provision has been made for welfare institutions, hostels and other Government recognized institutions to apply for food grains with a recommendation from the respective Deputy Commissioner. Online easy procedures to get new ration card within a month. The department can bring more accountability and transparency in its own offices with a display of what is required for the new/ renewed ration card, more counters for a public inquiry, and names of area officers/inspectors with their contact numbers. All these will go in a long way to make visit-free hassle-free delivery of services as conceived by LG Administration.