NEW DELHI, Dec 2: When the Government’s thrust is on digitisation, frequent suspension of the internet on “flimsy grounds” is uncalled for and must be avoided, a parliamentary panel has said.
The Parliamentary Standing Committee on Information Technology, headed by Congress MP Shashi Tharoor, in its report titled ‘Suspension of Telecom and Internet Services and Its Impact’ called for defining the parameters and a “robust mechanism” for internet shutdown. It noted that the suspension of telecom services and the internet frequently affected life and liberty of people.
The Committee said, “When the Government’s thrust is on digitisation and knowledge economy with free and open access to internet at its core, frequent suspension of internet on flimsy grounds is uncalled for and must be avoided.”
“There is a need to monitor the exercise of this provision so that these are not misused to the disadvantage of people at large. The Committee, therefore, recommend that a proper mechanism is put in place at the earliest to decide on the merit or appropriateness of telecom/internet shutdowns,” it said in the report.
The Committee noted that internet is of immense importance in the present digital era.
“It is the lifeline which is propelling businesses and services, permitting students to enroll for important examination, and enabling home delivery of essentials. The Government is also taking several policy initiatives to promote digitisation in governance to take more and more Government services to the people at their doorsteps.
“COVID-19 pandemic has significantly accelerated the adoption of digital technologies with far reaching implications across the sectors and services. Growing mobile and internet penetration and its effective use for ensuring unhindered business and services has become the new normal. In such a scenario, it is but essential that any interruption to these services should be avoided and where unavoidable, the power to interrupt needs to be exercised with abundant caution,” it said.
The panel said it took up the subject for detailed examination considering the growing importance of internet on the one hand, and frequent shutting down of telecom services/internet by the authorities affecting the life and liberty of people, on the other.
The Committee said as per Cellular Operators Association of India (COAI), telecom operators reportedly lose Rs 24.5 million per hour in every Circle Area where there is a shutdown or throttling.
Other businesses which rely on the internet could lose up to 50 per cent of the afore-mentioned amount, it said, adding that as per newspaper reports, India lost USD 2.8 billion in 2020 to internet shutdowns.
The Committee said the suspension of telecom services/ internet greatly affect the local economy, healthcare services, freedom of press and education, etc. (PTI) 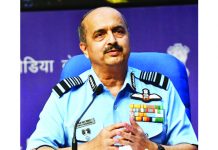 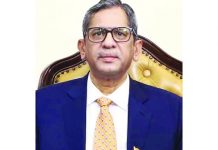 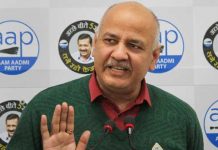 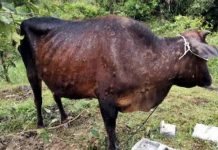