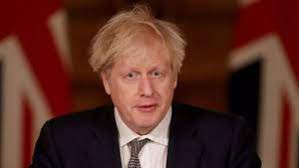 LONDON, Feb 4: Four of Boris Johnson’s closest aides have resigned, in the latest setback for the embattled British prime minister trying to reset his government in the wake of the Downing Street ‘Partygate’ scandal that has put his position in peril.
Johnson’s longstanding policy chief Munira Mirza, chief of staff Dan Rosenfield, principal private secretary Martin Reynolds, and communications director Jack Doyle all left their posts within hours of each other on Thursday, days after a damning investigation revealed that multiple parties took place at Downing Street while the rest of the United Kingdom was living under strict Covid-19 lockdown rules.
Doyle confirmed his exit shortly after the departure of Mirza. They were followed by Rosenfield and Reynolds, the BBC reported on Friday.
The top aides’ resignations come as Johnson, 57, faces increasing questions over his leadership from within his party.
Doyle told staff that “recent weeks have taken a terrible toll on my family life”, but that he had always intended to leave after two years.
A statement from a No 10 spokeswoman said Rosenfield had offered his resignation to the prime minister earlier on Thursday but would stay on while his successor was found. Reynolds – the prime minister’s principal private secretary – will do the same, but then return to a role at the Foreign Office, the report said.
However, Mirza quit over the Prime Minister’s false claim that opposition Labour Party leader Sir Keir Starmer failed to prosecute Jimmy Savile when he was director of public prosecutions, and his refusal to apologise.
Mirza was the first to go, using a stinging resignation letter to accuse the prime minister of “scurrilous” behaviour when he falsely linked Starmer to the failure to bring paedophile Jimmy Savile to justice.
Mirza’s exit is the most consequential. She was one of Johnson’s long-standing allies and a key political player who helped shape the prime minister’s platform – some of which made her unpopular with other members of his ruling Conservative Party.
Chancellor Rishi Sunak publicly distanced himself from Johnson’s original comment, saying: “Being honest, I wouldn’t have said it.” And asked if Johnson should apologise, the Indian-origin leader said: “That’s for the prime minister to decide.”
Sunak has previously declined to criticise Johnson directly throughout the weeks of revelations about lockdown-busting parties in Downing Street, though he has acknowledged that mistakes were made.
The flurry of resignations came at the end of an important day for the government as the chancellor sought to explain how he hopes to avert a cost of living crisis for millions of people affected by rising fuel bills and mortgage payments.
The pressure for Johnson to step down has been increasing among members of his Conservative party after a series of missteps and allegations he and his team held rule-breaking parties during the pandemic.
Labour’s deputy leader Angela Rayner said: “No amount of reorganising Downing Street can clean up the sleaze that comes straight from the top”.
“With [Johnson’s] senior advisers and aides quitting, perhaps it is finally time for him to look in the mirror and consider if he might just be the problem,” Rayner said.
Johnson’s former adviser Dominic Cummings claimed Mirza’s departure was “an unmistakable signal the bunker is collapsing and this PM is finished”. He urged ministers to show a similar “flicker of moral courage” and resign.
A number of MPs supportive of the prime minister have been tweeting praise, suggesting Johnson was responsible for making necessary staff changes following the damning report by civil servant Sue Gray into rule-breaking parties at Downing Street during the pandemic.
The report, released Monday, uncovered multiple parties and a culture of excessive drinking at Downing Street. Gray said there had been a “failure of leadership” in Johnson’s government.
“Against the backdrop of the pandemic, when the Government was asking citizens to accept far-reaching restrictions on their lives, some of the behavior surrounding these gatherings is difficult to justify,” the report said.
Three Conservative MPs went public on Wednesday with their intention to submit letters of no confidence in the prime minister. One senior Tory MP said the departure of Mirza smacked of “the last days of Rome,” suggesting the number of no confidence letters may now be approaching the threshold of 54 that would trigger a no-confidence vote., The Guardian newspaper reported.
If Johnson lost such a vote, which could be held within days, his premiership would be over.
Johnson told a journalist from Britain’s Channel 5 News that he’s “sorry to lose” Mirza, who had worked with the prime minister for 14 years. Johnson said he did not agree with Mirza’s assertion that his comments on Starmer were inappropriate.
Mirza, often seen as a proponent of Downing Street’s “war on woke”, had worked with Johnson for more than a decade, including at City Hall when he was mayor of London. He previously identified her as one of the five most inspiring women in his life. (PTI)