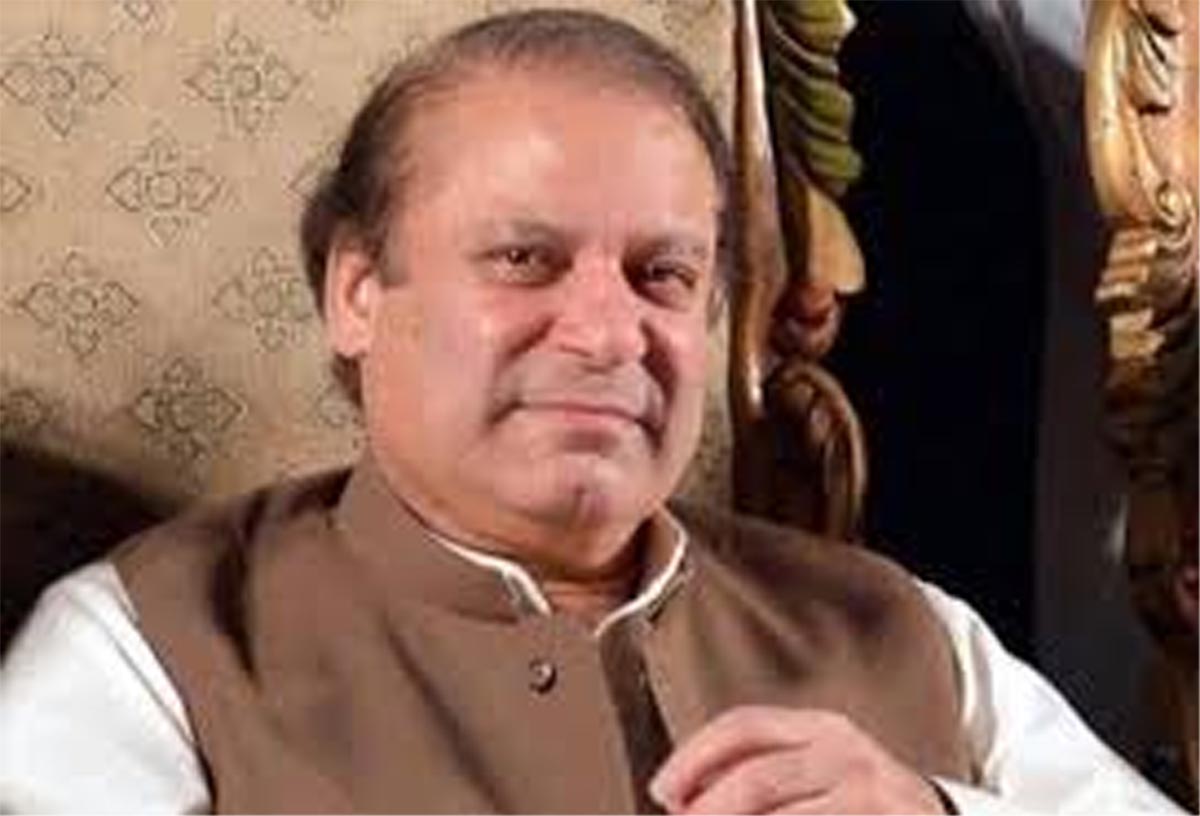 LAHORE, Nov 19: Pakistan’s ailing former prime minister Nawaz Sharif on Tuesday left for London in an air ambulance for medical treatment for multiple diseases, days after the Lahore High Court allowed him to travel abroad for four weeks and rejected the Imran Khan government’s condition of furnishing an indemnity bond.
Sharif, 69, is accompanied by his younger brother Shehbaz Sharif, his personal physician Adnan Khan and other personnel.
The Pakistan Muslim League (Nawaz) (PML-N) supremo left for London via Qatar after arriving at Lahore airport, where the air ambulance – equipped with an intensive care unit and an operation theatre – had arrived from Doha.
PMLN spokesperson Marriyum Auranzeb tod PTI that Sharif would be taken to Harely Street Clinic upon arrival in London for his treatment and, if required, he may be shifted to the US (Boston) for further treatment.
She said that before the departure the doctors examined Sharif at his Jati Umra residence in Lahore and gave him a heavy dose of steroids and medicines to ensure that his condition remains stable during the travel.
Sharif’s physician Khan said in a tweet late on Wednesday that an intensive care unit and an operation theatre had been set up in the air ambulance and a team of doctors and paramedics will also be on board.
Sharif is suffering from multiple health complications, including erratic platelet count, and was treated at his residence near Lahore.
On Saturday, the Lahore High Court allowed Sharif to travel abroad for four weeks for medical treatment. The four-week duration can be extended further on his doctors’ recommendations.
The court also ordered the Imran Khan government to remove Sharif’s name from the no-fly list or the Exit Control List (ECL).
On Wednesday last week, the Pakistan Tehreek-i-Insaf government granted a one-time permission to Sharif for four weeks to travel abroad for his treatment provided he submitted indemnity bonds worth Rs 700 crore.
On Thursday, Sharif challenged this condition in the court terming it ‘illegal’ and a “trap” of prime minister Khan to use them (bonds) for his political gains.
He recently secured eight weeks bail on medical grounds from the Islamabad High Court in the Al-Azizia Mills corruption case in which he was serving seven years imprisonment. He also got bail from the LHC in the money laundering case.
He agreed to go to the UK for treatment, heeding doctors’ advice and accepting his family’s request. He was scheduled to leave for London on a Pakistan International Airlines (PIA) flight on Sunday. However, he could not leave as his name figured in the no fly-list.
The former prime minister was lodged in the Kot Lakhpat jail but last month he was sent to the custody of the National Accountability Bureau which is probing the Sharif family in the Chaudhry Sugar Mills corruption case.
In December last year, an accountability court had sentenced Sharif to seven years in prison in the Al-Azizia Steel Mills corruption case and acquitted him in the Flagship case.
The Sharif family has denied all corruption charges and termed them as politically motivated. (PTI)