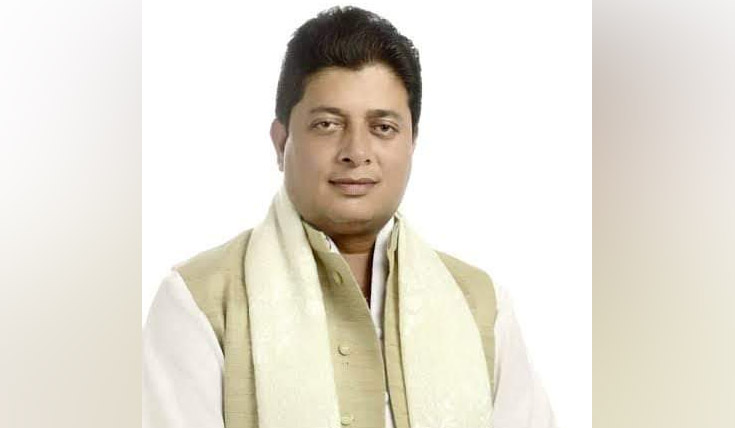 Jammu, June 7: Former Member of Legislative Assembly of erstwhile state of Jammu and Kashmir and BJP leader Rajesh Gupta on Tuesday breathed his last here at a hospital after a prolonged illness.
He was in his early 50s.
As per party sources, Gupta was admitted in the Government Medical College and Hospital but he expired this evening, the sources said.
Gupta was elected as MLA from Jammu East Assembly Constituency in the year 2014 after which the BJP formed an alliance government with Late Mufti Mohammad Sayeed-led Peoples Democratic Party.
Jammu and Kashmir Lieutenant Governor Manoj Sinha expressed grief over the demise of the BJP leader.
“Deeply saddened to learn about the passing away of former MLA, Rajesh Gupta Ji. He was a dynamic leader who tirelessly worked for public welfare. My thoughts and prayers are with the bereaved family, friends and admirers in this hour of grief. Om Shanti,” Jammu and Kashmir Lieutenant Governor tweeted.
Taking to microblogging site, Union Minister Dr Jitendra wrote, “I am deeply shocked to learn about the untimely demise of former MLA Rajesh Gupta, an enduring friend, committed colleague and dedicated leader of BJP who was among those who selflessly struggled for sustaining the Party in Jammu during the most difficult times.”
“Rajesh’s organisational skills and consistency of belief will be missed for long. My sincere condolences to his wife, Anu Gupta who courageously faced the trying times in his last days,” Dr Singh Tweeted.
Meanwhile, condolences also poured in from various political, social and other organisations on the demise of Gupta. (Agencies)