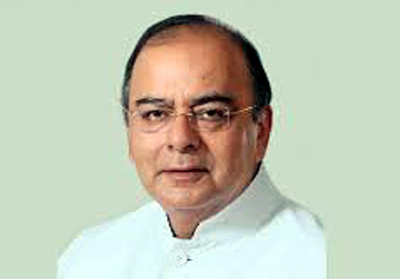 NEW DELHI, Sept 24:  Finance Minister Arun Jaitley will meet the heads of public sectors banks (PSBs) tomorrow as part of the annual financial performance review exercise.
The meeting is expected to discuss a host of issues, including progress made with regard to reduction in non-performing assets, sources said.
The meeting will happen against the backdrop of the ‘Alternative Mechanism’ (AM) to merge three public sector banks — Bank of Baroda, Vijaya Bank and Dena Bank — with a view to create a global-size lender, which will be stronger and sustainable.
Besides, the finance minister will also discuss credit growth and bad loan situation, they said, adding that various recovery measures by banks and legislative steps taken by the government to expedite recovery are also part of the agenda.
Banks have stepped up efforts as far as recovery of bad loans is concerned, the sources added.
Lenders have made cash recovery of Rs 36,551 crore in the first quarter of the current fiscal. This is 49 per cent higher than the same quarter of the last fiscal. During 2017-18, banks recovered Rs 74,562 crore.
According to sources, the meeting will review annual financial performance of public sector banks, credit offtake in the economy, priority sector lending and progress made under various social sector schemes, including Atal Pension Yojana (APY) and Pradhan Mantri Jan Dhan Yojana (PMJDY).
The cumulative loss of public sector banks crossed Rs 87,357 crore in 2017-18, with scam-tainted Punjab National Bank topping the chart with a hit of nearly Rs 12,283 crore, followed by IDBI Bank.
Of the 21 state-owned banks, only two – Indian Bank and Vijaya Bank – reported profits in 2017-18. Indian Bank posted the highest profit of Rs 1,258.99 crore and Vijaya Bank’s profit worked out to be Rs 727.02 crore.
The remaining 19 government-run banks collectively suffered a net loss of Rs 87,357 crore during the financial year, according to the latest quarterly numbers reported by these lenders. All the 21 banks had together reported a net profit of Rs 473.72 crore in 2016-17.
The Indian banking sector is grappling with mounting non-performing assets and a host of scams and frauds.
The gross non-performing assets (GNPAs) plus restructured standard advances in the banking system remained elevated at 12.1 per cent of gross advances at March-end 2018.
The aggregate gross NPAs of scheduled commercial banks (SCBs) increased primarily as a result of this transparent recognition of stressed assets as NPAs, from Rs 3,23,464 crore, as on March 31, 2015, to Rs 10,35,528 crore, as on March 31, 2018. (PTI)