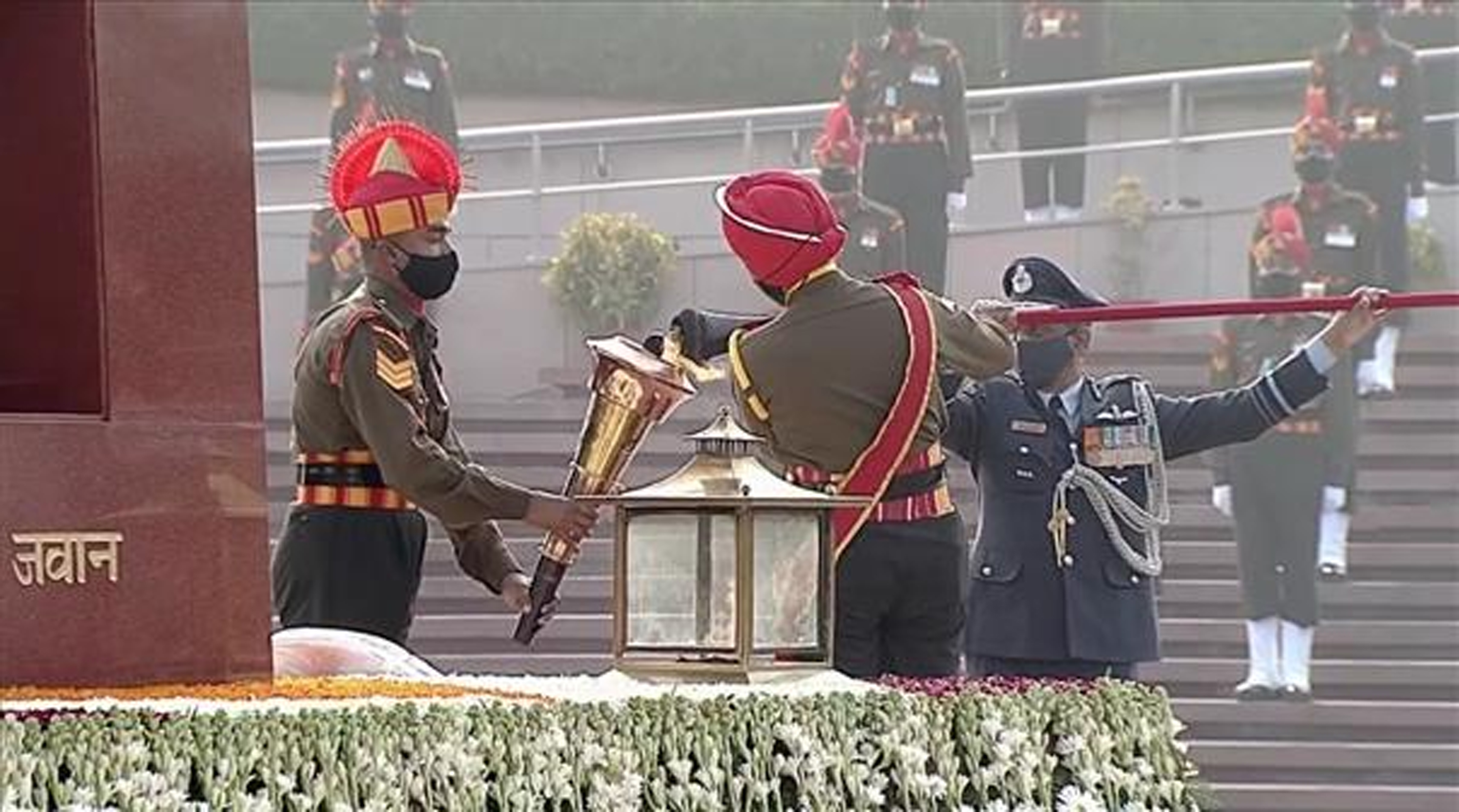 New Delhi, Jan 21: In a historical move by the Centre ahead of the Republic Day celebrations, the Amar Jawan Jyoti or the “eternal flame” for soldiers at India Gate was merged with the torch at the National War Memorial in a ceremony on Friday.
A part of the flame was carried to the war memorial this afternoon in a ceremony that was presided by the Integrated Defence Staff chief Air Marshal Balabadhra Radha Krishna.
Krishna laid a wreath after which a torch was lit from the Amar Jawan Jyoti and the flame doused.
The torch was then taken to the national war memorial by a ceremonial guard from Guards Regiment of the Indian Army.
After travelling for around 150 metres, the torch was used to symbolically merge the flame from Amar Jawan Jyoti with the one at the National War Memorial.
Air Marshal Krishna presided over the ceremony at both the locations.
The India Gate memorial was built by the British government in memory of the British Indian Army soldiers who lost their lives between 1914-1921. (Agencies)