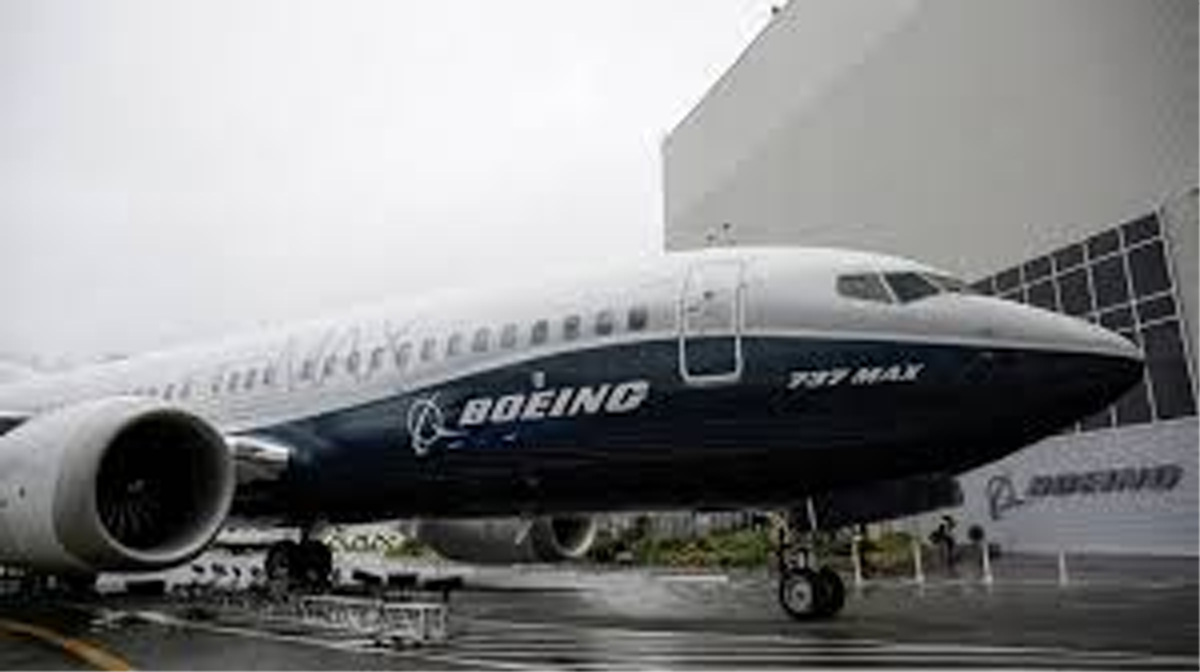 NEW YORK, Mar 24: A fix to the anti-stall system suspected in the crash of a Boeing 737 MAX 8 jet that killed 189 people in Indonesia is ready, industry sources said Saturday, as the company tries to avoid a lengthy grounding of its planes.

Boeing was due to present the patch to officials and pilots of US airlines — American, Southwest and United — in Renton, Washington state, where the plane is assembled, other sources said.

“Boeing has already finalized the necessary corrective measures for the MAX,” an aviation sector source told AFP on condition of anonymity.

The Federal Aviation Administration (FAA) will receive the patch “early next week,” a government source added.

Asked how long the certification process could take after the patch is in the hands of the authorities, this source said that nothing has been decided yet.

The Lion Air crash in Indonesia last October and another accident this month involving an Ethiopian Airlines jet, which killed 346 people between them, have raised major concerns about the safety certification of the 737 MAX 8 model.

The Ethiopian Airlines crash on March 10 led to the global grounding of 737 MAX planes.

Although it will take months to determine the exact cause of both crashes, investigators in the Lion case have honed in on the MCAS automated anti-stalling system designed to point the nose of the plane downward if it is in danger of stalling, or losing lift.

American Airlines and Southwest pilots were set to test simulators with the updates on Saturday, according to the sources.

Boeing neither confirmed nor denied the information.

The FAA had given until April for Boeing to make the necessary changes to the critical anti-stall system, and on March 15 two anonymous industry sources told AFP the upgrade would be ready in about 10 days.

A spokesman for United Airlines, whose fleet includes 14 of the 737 MAX 9 planes, confirmed the company’s attendance at the training session.

Southwest and its SWAPA pilots union “have subject matter experts from our Technical Pilot Team and Training Teams headed to Boeing to review documentation and training associated with the modification to the B737 speed trim system,” a spokeswoman said.

The company is one of the biggest 737 MAX 8 customers, owning 34 of the planes.

“We’ve been working diligently and in close cooperation with the FAA on the software update. We are taking a comprehensive and careful approach to design, develop and test the software that will ultimately lead to certification,” a Boeing spokeswoman said.

“There will be training provided by Boeing.” In addition to the software modification, the industry sources said Boeing has also finalized updates to its flight and pilots’ training manuals, as the FAA asked.

“We have been engaging with all 737 MAX operators and we are continuing to schedule meetings to share information about our plans for supporting the 737 MAX fleet,” the Boeing spokeswoman said, declining to confirm the timeline for the changes.

In another modification, the 737 MAX will be outfitted with a warning light for malfunctions in the anti-stall system, an industry source told AFP on Thursday, standardizing a feature previously sold as an optional extra.

Neither the Lion Air aircraft nor the Ethiopian Airlines jet had the feature, the industry source said.

Since the Ethiopian crash, pressure has intensified on Boeing and the image of the company — which also makes combat aircraft and space equipment — has been eroded.

Share value of the firm, which says it is the world’s largest aerospace manufacturer, has dropped 12 percent since the accident, wiping out $28 billion in market capitalization Boeing and the FAA are under investigation by the Transportation Department over how the rollout of the jet was handled, including the anti-stall system.

The acting FAA head is among transport officials who are to testify on Wednesday before a congressional subcommittee.

Questioning is likely to focus on tight links between Boeing and the regulators, who maintain offices in the airplane factories and delegated a large part of the certification process for the 737 MAX and its anti-stall system to employees of Boeing, sources said.

Press reports say that the Department of Justice has also opened a criminal investigation into the 737 MAX’s development.

Ralph Nader, the veteran US consumer protection advocate who lost a relative in the Ethiopia crash, called Friday for an organization to defend passengers’ rights. (AGENCIES)
&&