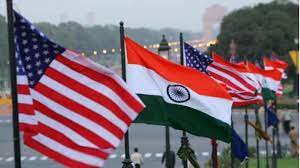 WASHINGTON, Jan 25: Five Indian-American teenagers were among the 40 finalists of a prestigious science and maths competition for high school seniors in the US, who will compete for more than USD 1.8 million in awards.
Regeneron Science Talent Search, which is now in its 82nd year, celebrates and rewards young scientists focused on a wide range of topics that range from space race, AIDS epidemic to climate change, according to a press release issued by the Society for Science and Regeneron Pharmaceuticals on Tuesday.
Overall, 40 Americans were selected to the finals.
Among them, the five Indian American include Siddhu Pachipala from Texas, Lavanya Natarajan and Ishika Nag from Florida, Neel Moudgal from Michigan and Ambika Grover from Connecticut.
The finalists were chosen based on their projects’ scientific rigour and their potential to become world-changing scientific leaders, the press release said.
The finalists were selected by a national jury of professional scientists from a pool of 300 scholars, announced earlier this month, it said.
The scholars were chosen from a pool of over 1,900 highly-qualified entrants, all of whom completed an original research project and extensive application process.
“We are thrilled to welcome this inspiring and highly talented class of Regeneron Science Talent Search finalists,” said Maya Ajmera, president and CEO, Society for Science and Executive Publisher, Science News.
“I am certain these extraordinary students will be following in the footsteps of our many accomplished alumni who are at the forefront of breakthrough discoveries. The 2023 finalists will be using their leadership, intellect, creativity and STEM skills to solve our world’s most intractable challenges,” she said.
According to a press release, finalists will participate in a week-long competition in March 2023, during which they will undergo a rigorous judging process that goes beyond their own research to encompass other scientific disciplines and compete for more than USD1.8 million in awards.
They will also have an opportunity to interact with leading scientists and share their research during a virtual “Public Day” event on March 12.
The top 10 Regeneron Science Talent Search 2023 winners will be announced during an awards ceremony on March 14 in Washington, it said.
The 2023 finalists’ research projects showcase their breadth of knowledge, their commitment to addressing issues important to modern society, and their passion for STEM.
“Congratulations to an exceptional group of Regeneron Science Talent Search 2023 finalists,” said George D. Yancopoulos, Co-founder, president and Chief Scientific Officer of Regeneron, and a 1976 Science Talent Search finalist and top winner. (PTI)