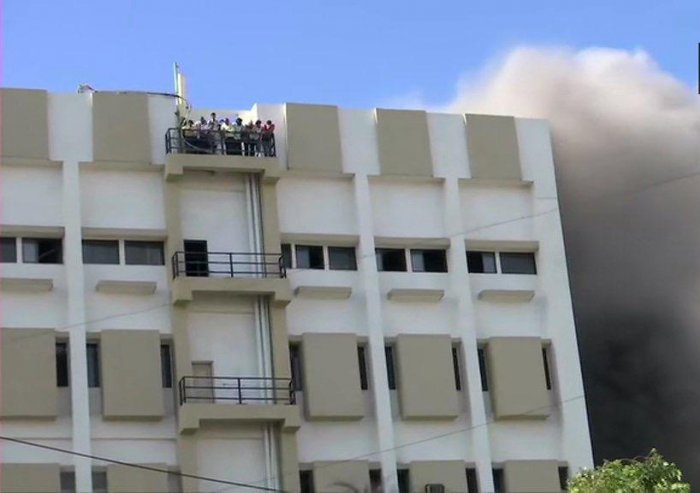 MUMBAI:Nearly 100 persons are feared trapped on the terrace of a Mumbai telephone exchange building where fire broke out Monday afternoon, civic officials said.

It is a nine-floor building and fire is confined mainly to the third and fourth floors, an official said.

Fire broke out at around 3 pm at the MTNL building, which incidentally is located near a fire brigade centre in suburban Bandra.

As it is a working day, many persons, mostly MTNL employees, were present inside the building, he said. Fourteen fire engines and other equipment, including a robot van and an ambulance, is engaged in fire fighting, he said.

Fire is confined on third and fourth floor of the ground plus nine-floor building,” the official said.

Fire fighting and rescue operations is in progress and efforts to rescue people stranded on upper floors and terrace of the building are on, he said.

Visuals on TV channels showed smoke billowing from the building and people on the terrace trying to signal those below.

There were no reports yet of anyone being injured in the incident. (AGENCIES)