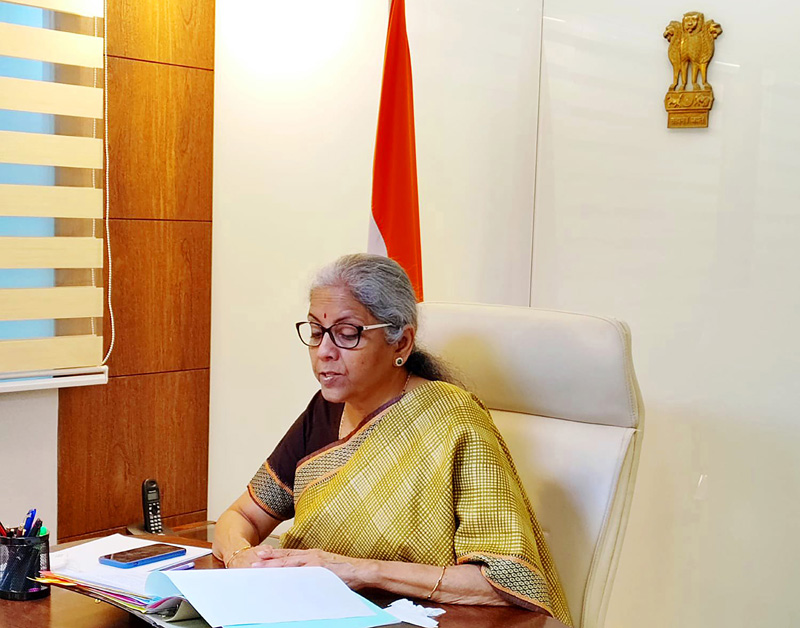 NEW DELHI, June 26:
The Finance Ministry has asked public sector banks to explore fintech partnerships and co-lending opportunities to expand their business.
In the recently concluded performance review of PSBs by the Finance Ministry, sources said, lenders were asked to focus on technology and data analytics to push their lending.
The ministry also urged the heads of the public sector lenders to strengthen IT security systems and cybersecurity to check fraud.
According to the sources, banks were asked to sanction loans for productive sectors to accelerate the revival of the economy facing headwinds, including the Russia-Ukraine war.
As per the RBI’s latest data, growth in lending by PSBs has improved significantly to 7.8 per cent in March 2022 from 3.6 per cent a year ago. Some of the PSBs recorded 26 per cent growth.
Bank of Maharashtra (BoM) recorded a 26 per cent increase in gross advances to Rs 1,35,240 crore at the end of March 2022. It was followed by the State Bank of India and Union Bank of India with 10.27 per cent and 9.66 per cent growth, respectively.
The Pune-headquartered BoM witnessed a 16.26 per cent deposit growth and mobilised Rs 2,02,294 crore at the end of March 2022. Union Bank of India was the second with an 11.99 per cent growth in deposits (Rs 10,32,102 crore), while Indian Bank recorded a 10 per cent rise to Rs 5,84,661 crore.
The sources said banks were asked to expedite non-performing assets (NPAs) resolution and focus on the recovery of bad loans.
The meeting took stock of asset quality and business growth plans of banks, the sources said, adding that non-performing assets (NPAs) of Rs 100 crore and the recovery status were also discussed.
It is to be noted that the meeting was held against the backdrop when all PSBs posted a profit in the second financial year in a row. They have more than doubled their net profit to Rs 66,539 crore in FY22. The collective profit of 12 state-owned banks together was Rs 31,820 crore in FY21.
However, there were collective losses for five straight years during 2015-16 to 2019-20.
The highest amount of net loss was registered in 2017-18 at Rs 85,370 crore, followed by Rs 66,636 crore in 2018-19; Rs 25,941 crore in 2019-20; Rs 17,993 crore in 2015-16 and Rs 11,389 crore in 2016-17.
To improve the financial health of PSBs, the government implemented a comprehensive 4Rs strategy — recognition of NPAs transparently, resolution and recovery of value from stressed accounts, recapitalisation of PSBs, and reforms in PSBs and the wider financial ecosystem — for a responsible and clean system.
Comprehensive steps were taken under the 4Rs strategy to reduce NPAs of PSBs.
As part of the strategy, the Government has infused Rs 3,10,997 crore to recapitalise banks during the last five financial years — from 2016-17 to 2020-21, out of which Rs 34,997 crore were sourced through budgetary allocation and Rs 2,76,000 crore through issuance of recapitalisation bonds to these banks. (PTI)