NEW DELHI:  The Centre Wednesday told the Supreme Court that the fight between two top officers of the CBI — Director Alok Verma and Special Director Rakesh Asthana — in public exposed the premier probe agency to ridicule.

Resuming his submissions, Attorney General K K Venugopal told a bench headed by Chief Justice Ranjan Gogoi that the fight between the two officers impacted the image of the CBI.

The Centre’s main aim was to see that confidence of the public in this premier institution (CBI) is restored, he said.

“Dispute between CBI Director and Special Director was pulling down integrity and respect of premier institution,” he told the bench also comprising Justices S K Kaul and K M Joseph.

“Two top officers, Alok Kumar Verma and Rakesh Asthana, were fighting against each other and went public which exposed CBI to ridicule,” Venugopal told the bench.

He said the fight between them had created an unprecedented and extraordinary situation.

The apex court on Nov 29 had said it would first consider whether the government has the power to divest the CBI director of his duties under whatever circumstances or whether the selection committee headed by the Prime Minister should have been approached before moving against Verma on corruption allegations against him.

The court had taken this stand after making it clear that for now it was not going into the allegations and counter-allegations involving Verma and CBI’s No.2 officer Asthana, both of whom have been stripped of their powers and sent on leave following their bitter feud.

Verma’s two-year tenure ends on January 31. He has challenged the Centre’s decision. (AGENCIES) 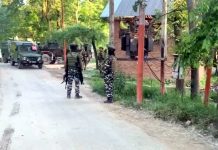 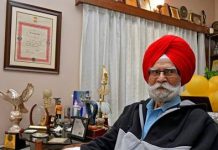