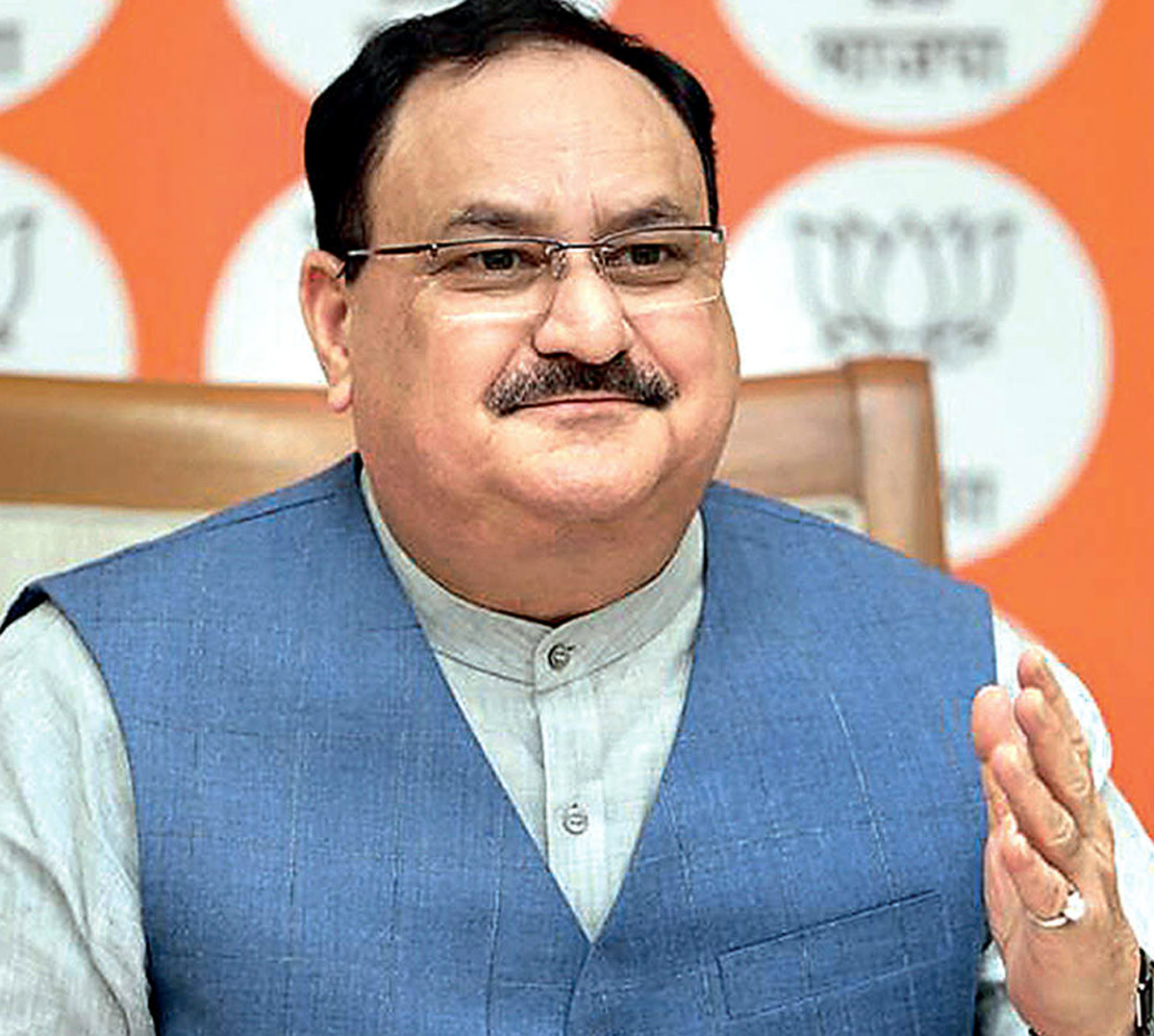 IMPHAL, Dec 24:
BJP President J P Nadda on Friday claimed that fear had been dispelled from among the people in Manipur by the BJP helmed government of N Biren Singh, which has ensured “innovation, infrastructure and integration” in the north eastern state.
Manipur had witnessed ‘instability, insurgency and inequality” in the Congress regime, he said at a rally organsied by women activists of the party here.
State poll in Manipur is due in March 2022.
The Biren Singh government has allayed the fear that was prevalent among the people of the state, he said.
“There was an atmosphere of fear in the state. A mother used to fear whether her son would be able to return to the state and a sister did not know whether her brother would return or not. Now, there is no fear after the BJP-led government came to power.
“I now see a new Manipur which has progressed due to the power of women. Manipur and women empowerment are strongly connected. The happiness index of women is manifested when they participate in various programmes in large numbers,” Nadda said.
The Centre has given priority to the development in the state with about 300 projects being taken up and 30 of them are under construction. Railway infrastructure too is being strengthened.
“The erstwhile Congress government in the state had three ‘I’s- ‘instability, insurgency and inequality… But we have brought innovation, infrastructure and integration through our double-engine (same party rule at the Centre and the state) Government,” the BJP president said.
He said women in Manipur have been frontrunners in sports, freedom movement and literature. Their participation in every field is immense, he said and spoke of the victories of Mary Kom and Mirabai Chanu in the field of sports.
He hailed the Biren Singh Government for improving the sex ratio and implementing the Centre’s ‘Beti Bachao Beti Padhao’ programme.
Elaborating on various central government’s schemes which help in women empowerment, he said, “Around 2.6 lakh women in Manipur did not have access to toilets at their homes. Through the Swachh Bharat Mission, such facilities were built in the state”.
He referred to the Pradhan Mantri Ujjwala Yojana’ (PMUY), a flagship central scheme to make clean cooking fuel such as LPG available to rural and deprived households, and said 1.56 lakh cooking gas connections have been provided in Manipur.
“We (BJP) are working for women empowerment across the country and also in the state. We have several women union ministers. The BJP Government is working to bring women forward. The Centre had announced a 33 per cent reservation for women in paramilitary forces,” Nadda added. (PTI)