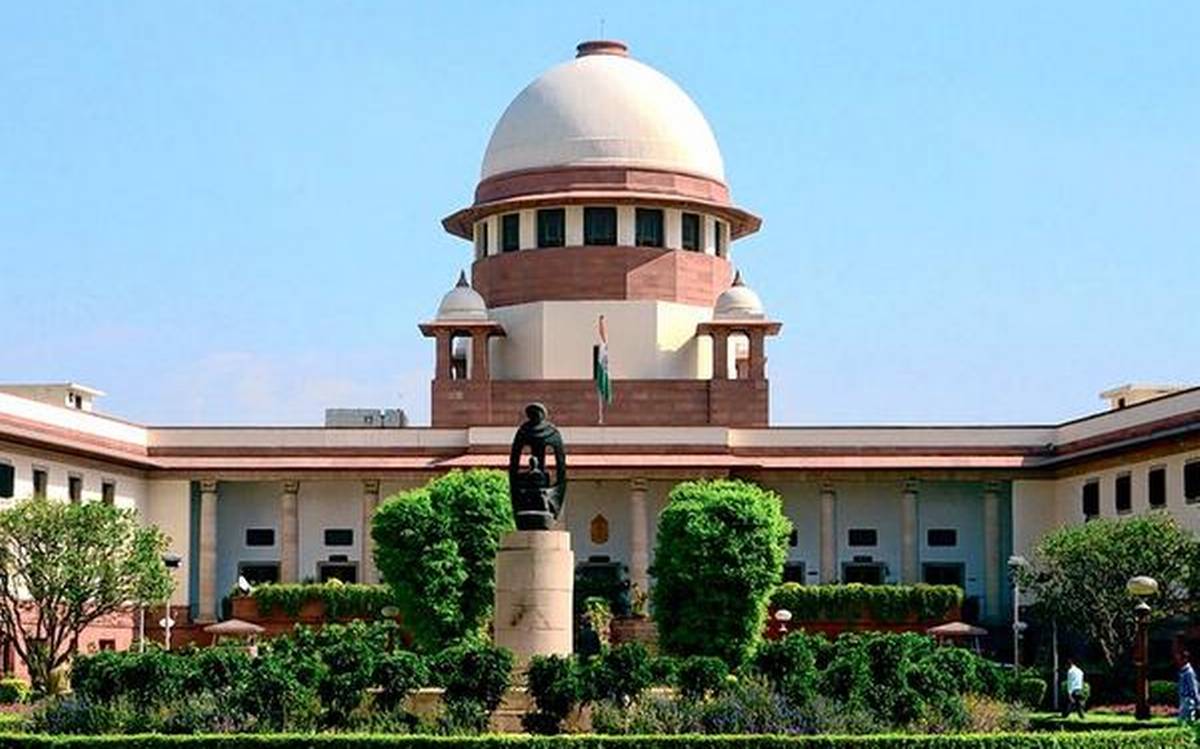 NEW DELHI, Mar 30: As thousands of migrant workers walking back to their natives places after being rendered jobless due to the coronavirus lockdown, the Supreme Court on Moday observed that the panic and fear is becoming a “bigger problem than coronavirus”, and sought a status report from the Centre by Tuesday on the measures taken to prevent the exodus.
The court said it would not create more confusion by issuing directions on measures which the government is already taking.
Hearing two separate petitions through video-conferencing, Chief Justice Bobde and Justice L Nageswara Rao said before passing any direction, it would like to wait for the status report from the centre.
The PILs, filed by advocates Alakh Alok Srivastava and Rashmi Bansal, sought relief, including food, water, medicines and proper medical facilities, for thousands of migrant workers who are leaving for their native places after being rendered homeless and jobless due to the 21-day coronavirus lockdown.
Solicitor General Tushar Mehta, appearing for Centre said the migration needs to be stopped to prevent the spread of virus and the Centre as well as concerned states have taken requisite steps to deal with it.
Referring to various news stories, Srivastava, petitioner in-person, said there is lack of cohesion and cooperation between states on the issue of migration of labourers. The Uttar Pradesh government initially provided buses for movement of migrant labourers for two days and now they have stopped the service, he added.
Reacting to Mehta’s submission that Centre would like to file the status report on affidavit on the steps taken, the bench said, “we would not deal with the things, which the government is already doing. We would like to wait for the report of Centre”.
Bansal, another petitioner in-person, said medical and safety measures are required for these migrant labourers. She also suggested that sanitisers can be sprinkled on the groups of migrant labourers to disinfect them, and mid-day meal providers should be roped in to provide food.
To Bansal’s remarks, the bench said, “you are assuming that government is not doing anything. It is advising us on what steps to be taken. Let us see what they are doing. Let them file a common reply on both these petitions”.
Bansal said counsellors could be deployed for these migrant workers, who are trying to leave cities due to fear and panic. “This fear and panic is a bigger problem than this virus”, the bench observed, adding, “we are not going to add to the confusion by issuing directions which are already being taken care of by the government.”
The bench posted the matters for further hearing on Tuesday.
Srivastava in his plea had sought direction to the Centre to redress the plight of thousands of migrant workers who along with their families are “walking on foot” to reach their native places amid the coronavirus pandemic and nationwide lockdown.
The plea has also sought a direction to the authorities to identify such stranded migrant workers and provide them with food, water, medicines and proper medical facilities.
“With Railways and buses suspended, several of such migrant workers are walking for kilometres to reach their villages. Many are unable to make it across state borders and thus are left stranded on roads, without food, water or shelter. There is a large-scale human distress,” his plea said.
The separate plea, filed by advocates Bansal and Anuj Gupta, contended that “mass exodus” of migrant workers from cities to their villages could further spread the virus.
The plea also said states should be directed to stop migrants wherever they were and allow their movement after they are sanitised.
It said that direction should be given to the authorities to create awareness regarding the measures taken by the government, including provision of free food grains and other essential items through PDS, and streamline the procedures to stop fear and chaos among these people. (PTI)