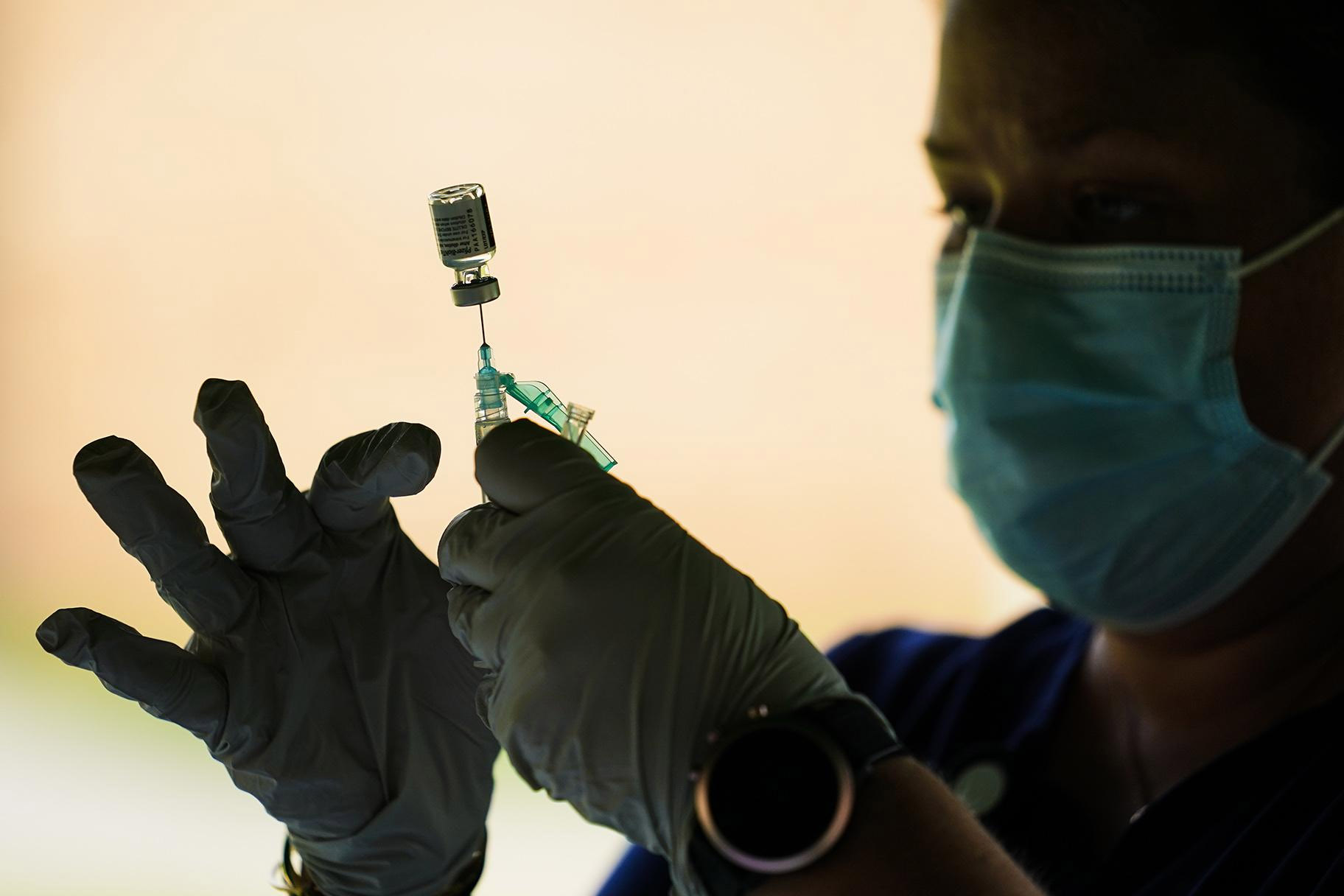 WASHINGTON, Sept 23: The US moved a step closer Wednesday to offering booster doses of Pfizer’s COVID-19 vaccine to senior citizens and others at high risk from the virus as the Food and Drug Administration signed off on the targeted use of extra shots.
The FDA authorized booster doses for Americans who are 65 and older, younger adults with underlying health conditions and those in jobs that put them at high risk for COVID-19. The ruling represents a drastically scaled back version of the Biden administration’s sweeping plan to give third doses to nearly all American adults to shore up their protection amid the spread of the highly contagious delta variant.
However, more regulatory hurdles lie ahead before the dispensing of boosters can begin.
Advisers to the Centers for Disease Control and Prevention opened a two-day meeting Wednesday to make their own, more specific recommendations about who should get the extra shots and when. And in their first day of discussions, some experts were so perplexed by the questions surrounding the rationale for boosters that they suggested putting off a decision for a month in hopes of more evidence.
The uncertainties were yet another reminder that the science surrounding boosters is more complicated than the Biden administration suggested when the president and his top aides rolled out their plan at the White House last month.
The FDA decision Wednesday was expected after the agency’s own panel of advisers last week overwhelmingly rejected the Biden plan. The panel instead recommended boosters only for those most vulnerable to severe cases of COVID-19.
FDA acting commissioner Dr. Janet Woodcock said in a statement that the FDA authorization would allow for boosters in health care workers, teachers, grocery workers and those in homeless shelters or prisons.
“As we learn more about the safety and effectiveness of COVID-19 vaccines, including the use of a booster dose, we will continue to evaluate the rapidly changing science and keep the public informed,” Woodcock said.
Under the FDA authorization, vaccinated Americans are eligible for a third dose six months after receiving their second Pfizer shot. That’s different than the Biden proposal announced in August, which called for boosters after eight months.
“Today’s FDA decision is a major step forward in our effort to provide Americans with additional protection from COVID-19,” White House press secretary Jen Psaki tweeted Wednesday night. “We have been preparing for weeks to administer booster shots to eligible Americans and are ready to do so following CDC’s final recommendation later this week.” The timing of the FDA decision was highly unusual given that the agency typically takes action before the CDC convenes its own experts.
The CDC panelists heard a series of presentations Wednesday outlining the knotty state of science on boosters. On one hand, the COVID-19 vaccines continue to offer strong protection against severe illness, hospitalization and death. On the other hand, there are signs of more low-grade infections among the vaccinated as immunity wanes.
Ultimately the committee must decide who is considered at high enough risk for an extra dose. Data provided by Pfizer and the Israeli government suggests a strong case for boosters in people 65 and older, but there is less evidence that extra shots provide much benefit for younger people with underlying health conditions.
Several CDC advisers agreed boosters are also important for keeping health care workers on the job.
“We don’t have enough health care workers to take care of the unvaccinated,” said Dr. Helen Keipp Talbot of Vanderbilt University. “They just keep coming.” The CDC has already said it is considering boosters for older people, nursing home residents and front-line health care workers, rather than all adults.
The World Health Organization and other global health advocates are opposed to wealthy nations dispensing a third round of shots when poor countries don’t have enough vaccine for their first doses. And many independent scientists say that the vaccines continue to perform well against the worst effects of COVID-19 and that their ability to curb the overall trajectory of the epidemic is uncertain.
U.S. Regulators will decide at a later date on boosters for people who have received the Moderna or Johnson &amp; Johnson vaccines. They indicated the Pfizer shots would not be recommended for people who got a different brand of vaccine initially.
The across-the-board rollout of boosters proposed by the White House was supposed to have begun this week. Some questioned whether President Joe Biden had gotten ahead of the science by announcing his plans before government regulators had reached any conclusions.
Despite the resistance in recent days, some top U.S. Health officials said they expect boosters to eventually win broader approval in the coming weeks or months. Dr. Anthony Fauci said over the weekend that “this is not the end of the story.” Other administration officials noted that the FDA decision covers tens of millions of Americans and that seniors and other high-risk groups would have been the first to get boosters even if extra shots had been authorized for the entire population. Seniors were in the first group of Americans eligible for vaccination last December.
The U.S. Has already authorized third doses of the Pfizer and Moderna vaccines for certain people with weakened immune systems, such as cancer patients and transplant recipients. Other Americans, healthy or not, have managed to get boosters, in some cases simply by asking.
The U.S. Is dispensing around 760,000 vaccinations per day on average, down from a high of 3.4 million a day in mid-April. About 180 million Americans are fully vaccinated, or 64% of those who are eligible. (AGENCIES)