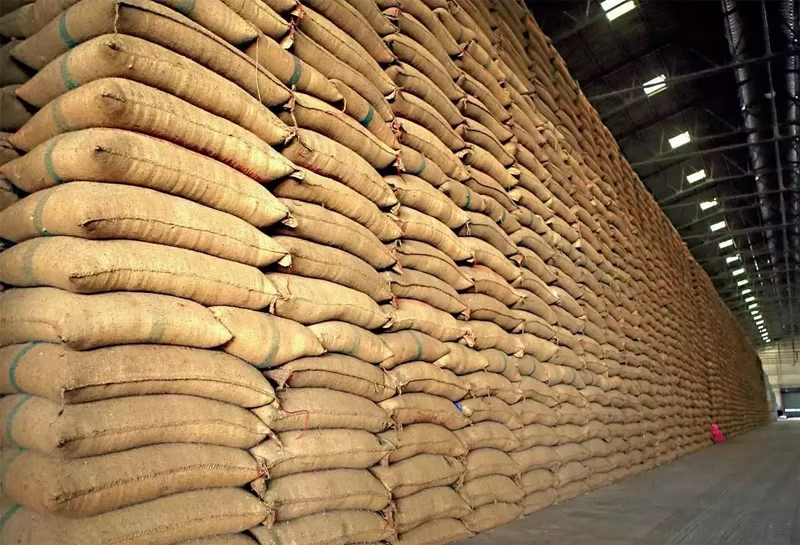 Srinagar, Jan 20: The Food Corporation of India (FCI) is allegedly compelling the authorities of Food, Civil Supplies and Consumer Affairs (FCS&CA) in Baramulla to lift over 20,000 quintals of rice stored at the FCI go-downs in the district without waiting for the report of the committee formed by the Government to ascertain the quality of the grains.
Earlier, the issue of low-quality grains was raked up by the FCS&CA which stated that the grains weighing 23000 quintals in-store were of poor quality and “not fit for human consumption”, leading to its tussle with the FCI which stated the otherwise, prompting the Government to step in to address the matter.
The Government—to resolve the matter—also formed a committee which was tasked to look into the matter and submit its report accordingly.
The Committee had members from FCS&CA, Food Safety Department, FCI and district administration Baramulla but is yet to submit its report to the Government.
The officials who are privy to the developments told Excelsior that the committee is yet to submit its report to the Government, the FCI is compelling the FCS&CA to lift the stock of grains under focus, which the officials said, FCI cannot do.
The Committee was directed to inspect the stocks of food grains, under reference in FSD Baramulla in the context of prescribed parameters for compliance by the FCI and suitability of the stocks for human consumption.
“The committee of which the FCI is also a member is in the process of finalization of the report and how can they compel the FCS&CA to lift the stocks before that,”? the official asked.
While the tussle remains, the normal lifting of grains has also been stopped which has created other issues in the district.
The officials said that once the committee submits its report only after whatever directions the Government will pass, FCS&CA will follow that in letter and spirit.
“But they are going against the procedure and are pushing the department to lift the grains that have been under question for long now,” the officials said.
Also, it is to be noted here that, for analysis, around 10 samples were taken out from the stock, out of which 9 samples have figured fine, while as one sample has come under the radar even as physical as well as chemical verification of the stock have also figured well.
However, on the other side, the FCI is adamant on its stand, stating that they have got the samples of the grain tested from the laboratories.
FCI’s General Manager for J&K, HS Dhaliwal told Excelsior that the grains have been found fit for human consumption and that they are asking the Government to release the same for distribution.