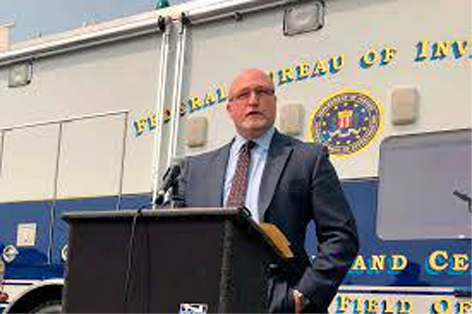 Los Angeles, Sep 16:Authorities arrested 18 people who have ties to Asian gangs operating in Southern California that illegally sold drugs and guns as part of an 18-month investigation, federal officials said.
The probe into the Black Dragons, Wah Ching and Asian Boyz gangs was based on their activity in the San Gabriel Valley, said Jack Bennett, acting assistant director in charge of the FBI’s Los Angeles field office.
Officials say they seized hundreds of thousands of dollars in cash, an illegal marijuana growing operation, 28 pounds (12.70 kilograms) of methamphetamine and 4 ounces (113.40 grams) of cocaine and crack cocaine, as well as 16 firearms. Several of the guns were described as so-called “ghost guns” that do not have manufacturing or serial number identifications.
Authorities arrested 18 people Tuesday using SWAT teams. Four other defendants were already in custody and three remain at large, authorities said. Prosecutors have filed seven indictments against the 25 defendants, who could face 10 years to decades in prison if convicted.
The three gangs are made up of Vietnamese, Chinese and Korean members, officials said, and fuel some of the area’s violent crimes as a “decentralized criminal network.” “They tend to be loosely affiliated and go out of their way to evade low enforcement and stay low on the radar,” Bennett said.
Special agents are still trying to determine the origins of the firearms and if they are linked to any other crimes. (AGENCIES)