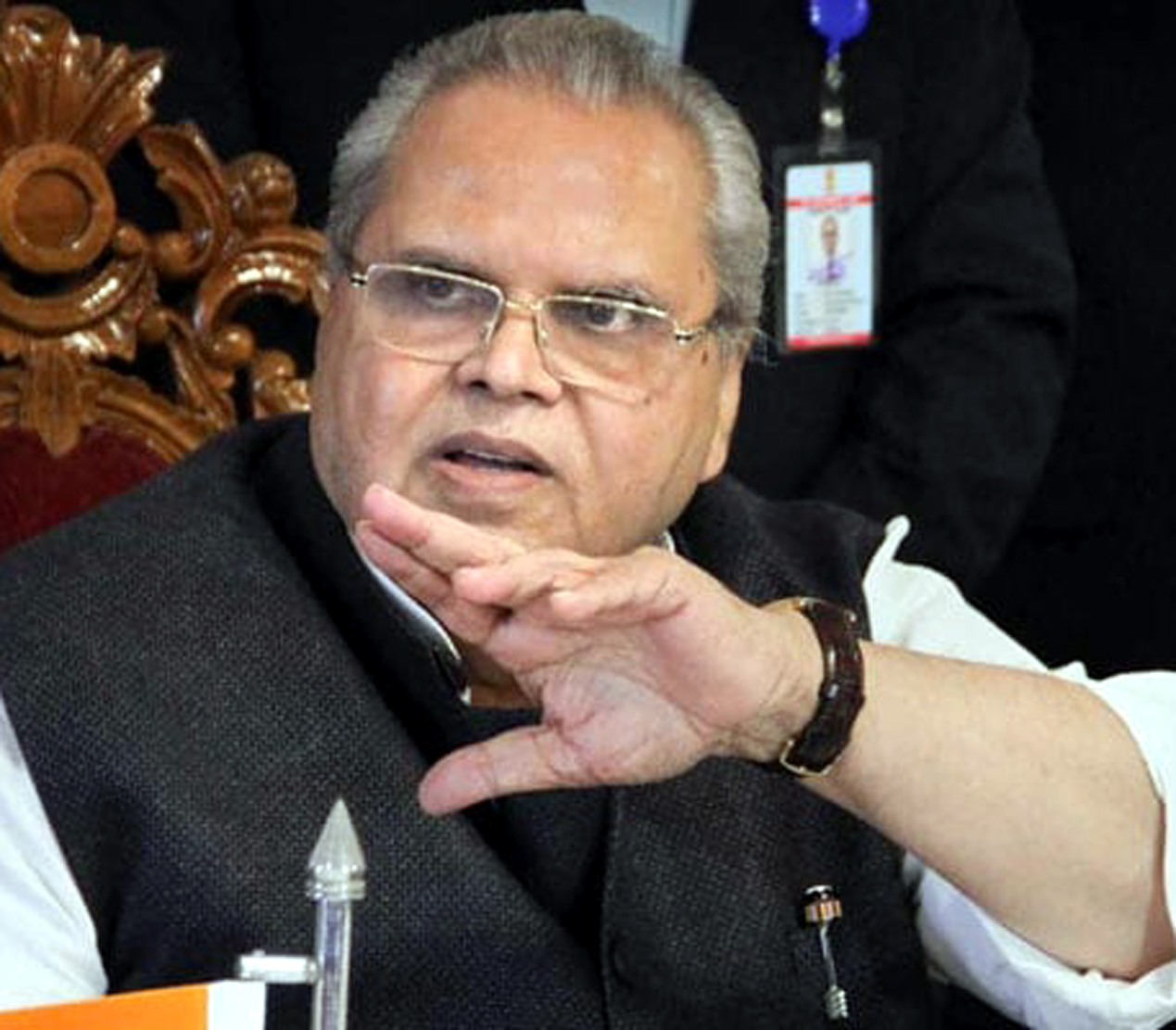 Sanjeev Pargal
JAMMU, July 14: Governor Satya Pal Malik has said that National Conference president Dr Farooq Abdullah and PDP chief Mehbooba Mufti have lost total faith of their own people saying they have won securing just few percent votes even as he favoured separate township for Kashmiri Pandits in the Valley saying it is not a matter of choice but out of necessity as the Government has to give them a nice place to stay.
“Which Kashmir’s leaders they are? They are getting 2-2 percent of votes and in Mufti’s town, there were just 2 percent votes polled. On what authority they are speaking? Srinagar, you have won by such low votes, earlier 6 percent and now Dr Abdullah has won by 10-12 percent votes. So on whose behalf they are speaking. They have lost total faith of their own people,” Malik told a national English daily in an interview.
The Governor’s reference was obvious towards Dr Farooq Abdullah and Mehbooba Mufti. During April-May Lok Sabha elections, Srinagar where Dr Abdullah was contesting as the National Conference candidate and Anantnag where Mehbooba was the PDP nominee had witnessed extreme low turnout. While Dr Abdullah won Srinagar seat, Mehbooba had lost from Anantnag to NC nominee Hasnain Masoodi.
Asserting that local people were not complaining about traffic restrictions on the National Highway, the Governor said the ones who are protesting about it have not been to the streets.
“The fact is locals do the yatra, not security staff. They are the one who provide the rides, palkis etc. Their business runs due to Shri Amarnath Ji Yatra. Nobody is complaining about this and business hasn’t been impacted nor have tourists been stopped. This is a problem just made up by local politicians,” he said.
He asserted that had the Government not been organizing the traffic on Jammu-Srinagar National Highway, there would have been six-hour traffic jams. “We are only stopping traffic for a few minutes and letting others pass. This is traffic management and not blocking. No school student, Advocates or who have come for work is being stopped”.
On return of Kashmiri Pandits to the Valley and their settlement, Malik said all those who claim to be major leaders have been given police (for protection). “We are protecting them. We will have to do the same for the Pandits. The best course would have been that those who have taken away their homes, invite them back,” he added.
On separate township for Kashmiri Pandits in the Valley, he said this is not a matter of choice but out of necessity as the Government has to give them a nice place of their choice to stay. He added that some places have been identified and the Government was working on them.
“There are several places that are there in Pulwama etc. We won’t just settle them anywhere but in nice places of their choice. We will give it to them for free,” the Governor said.
He said the Kashmiri Pandits keep on coming to the Valley as they have grown up over there. Their homes can only be returned by those who had snatched them and the feeling of unity has to be provided by the genuine political leadership, he added and said the Government will provide them a home, a school and security.
On the issue of holding Assembly elections in Jammu and Kashmir, the Governor said the decision rests with the Election Commission. “The Commission has to take a call (on the elections). It was a Constitutional necessity to extend the President’s Rule in Jammu and Kashmir”.
Malik said two yatras are going on right now in Jammu and Kashmir including Haj and Amarnath and there is peace everywhere. Two days back, there was Friday but no stone pelting incident took place, he added.