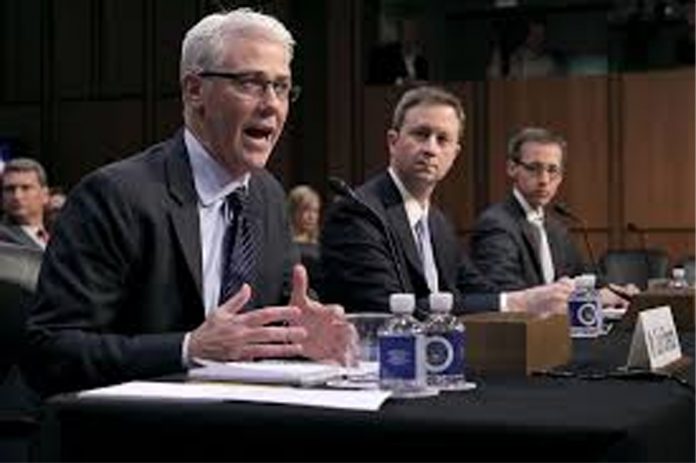 WASHINGTON, Aug 30:Top executives at Facebook and Twitter are set to appear before Congress next week as lawmakers continue probing efforts by Russia and other countries to influence social media platforms and meddle in US elections.
Twitter CEO Jack Dorsey and Facebook’s chief operating officer Sheryl Sandberg are scheduled to testify Wednesday before the Senate Intelligence Committee.
Larry Page, CEO of Google’s parent company Alphabet, also has been invited to the hearing. Lawmakers so far have rejected Google’s offer to send a lower-level executive, and the search giant has not committed to sending Page to testify.
The committee is investigating Russia’s interference in the 2016 election and connections to President Donald Trump’s campaign.
Dorsey is set to testify later Wednesday before the House Energy and Commerce Committee. (AGENCIES)