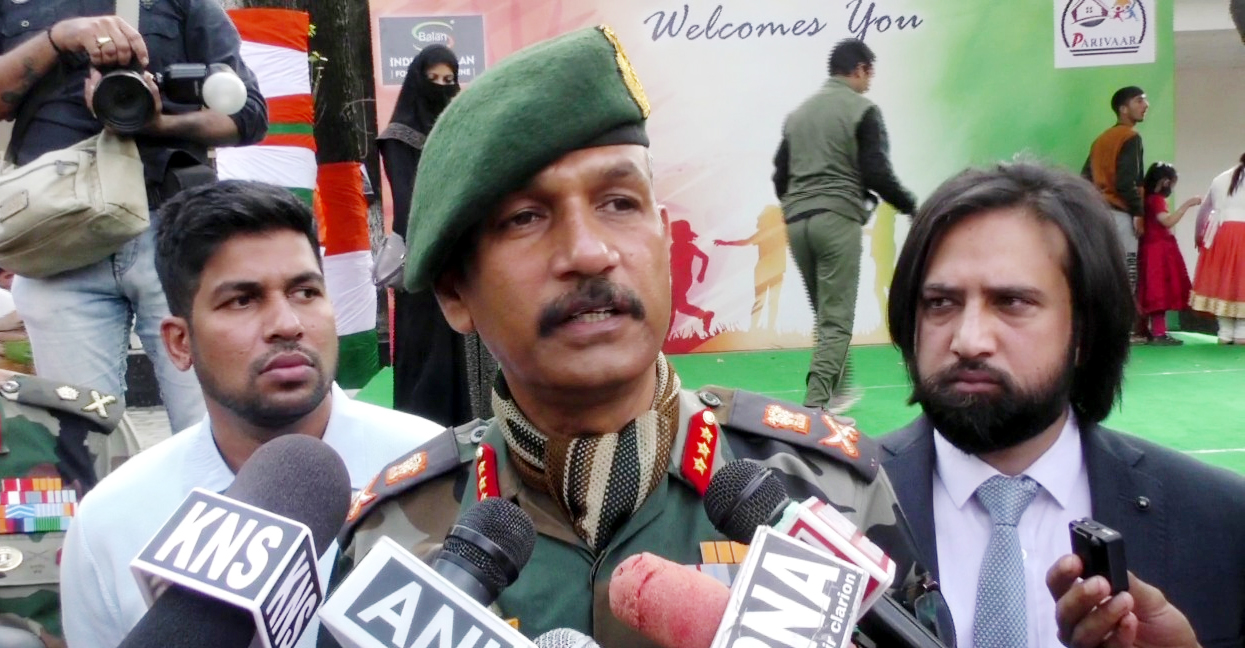 SRINAGAR, Oct 10: Condemning the recent killings of civilians in Jammu & Kashmir, the General Officer Commanding of Chinar Corps, Lieutenant General DP Pandey, on Sunday hoped for the people of the Valley to expose the elements trying to divide the Kashmiri society on communal lines.
“These killings are condemnable. I believe that Kashmiris will expose the elements who are trying to divide Kashmiri society on communal lines.”
The remark by the top Army officer comes three days after gunmen killed the principal and a teacher of a government-run school in Srinagar’s historical old town Eidgah. Two days before the Eidgah shooting, militants gunned down three other people, including a prominent Srinagar-based pharmacist, in three separate incidents.
Last Tuesday, militants belonging to an outfit affiliated to Lashkar-e-Taiba killed three people, including a prominent pharmacist, in three separate incidents.
The deceased included Makhan Lal Bindroo, a Kashmiri Pandit and the owner of one of the most popular medical stores in Srinagar, Bindroo Medicate. He was shot dead at his shop in Srinagar’s Iqbal Park area.
The militants then killed a street vendor from Bihar, identified as Virender Paswan, near Madina Chowk in Lalbazar and a taxi driver, Mohd Shafi Lone, in a separate incident at Naidkhai in Bandipora district.
The Indian Army launched a massive search operation in Uri last month, after it detected suspicious movement along the Line of Control on the intervening night of September 18 and 19. Three militants were killed during their infiltration bid.
Earlier in June, Lt Gen Pandey hinted at the possibility of Pakistan-aided terror groups such as Lashkar-e-Taiba and Jaish –e- Mohammed behind the drone attack on an Indian Air Force base in Jammu. Two Indian Air Force personnel were injured and a building was damaged when suspected drones dropped two explosive payloads on the high security air force station in Jammu. (Agencies)