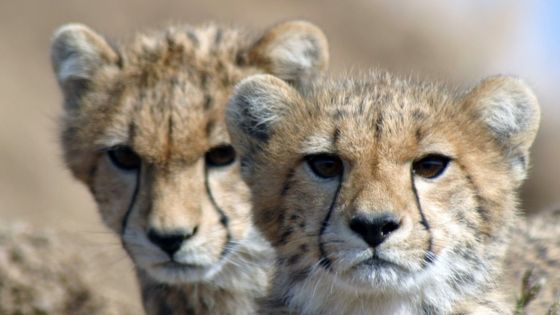 SHEOPUR, Sept 20:
As the eight cheetahs brought from Namibia are trying to acclimatise to the new environment in Madhya Pradesh’s Kuno National Park, experts are monitoring them from a hole in a loft near their quarantine enclosures to ensure least human intervention, a forest official said.
All the cheetahs – five female and three male and aged between 30 to 66 months – are in good health and under the constant monitoring of experts, Divisional Forest Officer (DFO) Prakash Kumar Verma said.
The eight felines – named Freddy, Alton, Savannah, Sasha, Obaan, Asha, Cibili and Saisa – are staying in six quarantine enclosures and will remain there for a month, he said.
The KNP, spread over an area of 750 sq km, is situated on the northern side of Vindhyachal mountains.
Prime Minister Narendra Modi on Saturday released these cheetahs brought from Namibia, 8,000 km away from their native place, into quarantine enclosures at the KNP in Sheopur district as part of a project to revive the population of the animal which became extinct in India in 1952.
Some members from the African team of experts have gone back after witnessing the grand welcome of the cheetahs in their new home and ensuring they are now under good care, officials said.
Namibian experts including veterinarian Dr Ana Vincent and two others, who brought the cheetahs here, are currently staying at the KNP while other members of the team have left the place, Chief Conservator of Forest (CCF) Uttam Kumar Sharma told PTI.
Indian veterinarians Dr Jitendra Jatav and Dr Omkar Anchal from the Madhav National Park in Sheopur along with Namibian experts are keeping a watch movement of the cheetahs, DFO Verma said. (PTI)